High-throughput, label-free technique developed in Australia can distinguish all manner of cells and aid medical treatment. 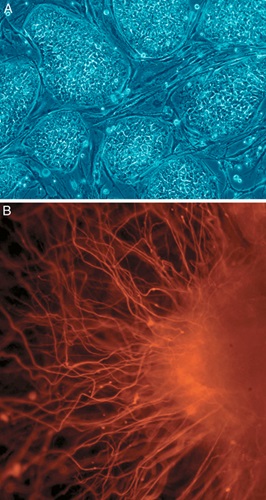 Hyperspectral imaging (HSI), widely used for decades in mineralogy, surveillance and the food industry, is now showing great promise for cell characterization – including stem cells - and could be used to aid medical treatment of a wide range of conditions.

According to Ewa Goldys, who presented an invited paper on the topic at this week’s SPIE Photonics Europe conference in Brussels, Belgium, the vast range of cell types presents a major identification challenge.

Classic characterization techniques tend to be slow and cumbersome, and while fluorescence typically relies on the use of biomarkers and staining compounds, a new label-free approach by Goldys and her Macquarie University colleagues in Australia requires only the natural autofluorescence of biological tissue to work.

The scientist, who founded the “Light in Life Sciences Foundation” to support the use of fluorescence in biotechnology applications, told delegates that the combination of HSI and discriminant analysis can quickly and clearly distinguish between healthy cells and cells that had responded to treatment – suggesting great potential for the hospital pathology lab.

Andor hardware
With hardware based around an “iXon” CCD camera from UK-based Andor Technology to detect the autofluorescence, Goldys explained that the technique uses no fewer than 11 different LED sources emitting at wavelengths between 290 nm and 450 nm.

By discriminant component analysis of the autofluorescence response – essentially looking at the color of the re-emitted light extremely carefully – the Macquarie researchers have been able to distinguish between different types of cells implicated in a wide range of diseases.

Goldys described a dozen different cell biology applications already demonstrated, from analysis of the mitochondrial disease known as "MELAS" to diabetes and the damaging effect on cells caused by maternal smoking.

With MELAS, where different genetic mutations cause the neurodegenerative ailment, so-called olfactory neurosphere cells found in the nose show signs of the disease. Treatment for MELAS causes the fluorescence response to change in a detectable manner. "By using HSI we can distinguish between healthy and treated cells," Goldys said. "We confirmed that the treatment had worked."

The results also support the theory that MELAS is a disease of the cell, rather than of the mitochondria, something that may impact future treatment so that only diseased cells are targeted – rather than all cells, as is the case now.

Stem cell characterization
Although that study related to only two patients, she gave numerous other examples of applications where HSI has showed its utility. They included motor neurone disease, where the impact of a treatment known as proteasome inhibition could be measured after just two days, and in studying the development of breast and pancreatic cancer cells. In the future, it could even be possible to use the technique in situ to help surgeons accurately determine the margins of malignant tumors.

And when used to characterize stem cells, the same HSI fluorescence approach could distinguish between three different types of cell after three days of culturing, showing which of them would eventually become bone tissue and which would turn into fibroblasts.

Goldys, who says that the Macquarie team wants to extend the range of fluorescence excitation wavelengths further into the ultraviolet spectrum in the future, believes that the approach will become a key technology in stem cell research.

She also called for prospective students and collaborators to contact the new Centre for Excellence in Nanoscale BioPhotonics (CNBP), established under the direction of optics expert Tanya Monro in late 2013 (see our January 2014 interview) and currently hiring for postgraduate and post-doctorate positions.