Truesense Imaging set for $92M transition to ON Semiconductor

ON Semiconductor, the Nasdaq-listed chip manufacturer, is set to enter the high-performance imaging sector with a $92 million cash acquisition of Truesense Imaging.

The company specializes in high-performance CCD and CMOS image sensors, used in a variety of industrial end-markets ranging from machine vision, surveillance and traffic monitoring to medicine, science, photography and some high-profile space missions.

The deal will give Phoenix-headquartered ON Semiconductor access to a much-expanded technology portfolio and add more than 200 customers to its roster. ON’s existing imaging portfolio runs to custom and application-specific CMOS sensors operating at frame rates up to 18,000 frames per second at megapixel resolution and a small range of active pixel image sensors, sensor modules and ambient light sensors.

“The pending acquisition of Truesense Imaging is a step towards our stated strategic goal of expanding our presence in select segments of the industrial end-market,” said Keith Jackson, the CEO of ON Semiconductor, in a company announcement.

“With the acquisition, we will augment our abilities to deliver a broad range of high-performance image sensors to the industrial end-market and at the same time significantly expand our customer footprint.” 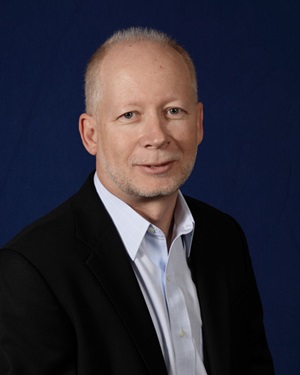 Strategic fit
According to the various parties involved, Truesense’s revenues for calendar 2013 were approximately $79 million, with an operating margin of 23 per cent. The company is set to be incorporated into ON Semiconductor’s “application products group (APG)” business unit by the end of June this year, following regulatory approvals and customary closing conditions – both boards of directors have already approved the deal.

Truesense CEO Chris McNiffe said that ON Semiconductor would be an “ideal strategic fit” for the sensor company, complementing the Truesense technology base with its own research and development, plus large-scale manufacturing and global logistics infrastructure.

Platinum Equity partner Rob Joubran, who served as the group’s operations lead on the investment, added: “We are proud of the way Truesense has evolved under Platinum Equity’s ownership. The value we have created is a testament to the hard work of many dedicated Truesense employees and the vision of Chris McNiffe and the company’s management team. The business is well positioned for continued success.”

CCD pioneer
With its roots in Kodak’s physics department, the business unit that eventually became Truesense was regarded as something of a pioneer in the world of digital imaging sensors. Looking to improve on the earliest CCD sensors developed at Bell Laboratories in the late 1960s, the Kodak division came up with a prototype 1000-pixel device in 1975 and by the end of the 1970s it had broken ground on a new wafer fabrication facility to make sensors in volume for internal use.

After subsequently becoming Kodak’s Image Sensor Solutions business unit and given the freedom to sell to external customers, the division went on to develop a wide range of CCD and CMOS process technologies and devices, with pixel resolutions ranging up to 29 megapixels.

But despite having this technology at its disposal, Kodak failed to capitalize on the emergence of digital imaging – a strategy that ultimately forced the company into the bankruptcy protection from which it has since emerged. 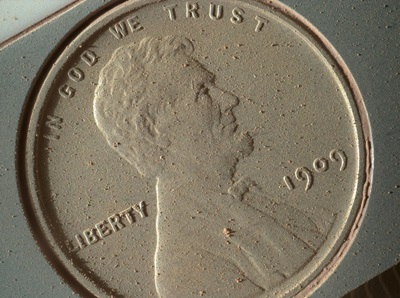 Views from Mars
Examples of the kind of high-end applications in which Truesense devices are being used include the Mars Curiosity rover - four different cameras on the vehicle use the company’s “KAI-2020” interline transfer CCD sensor.

They include the Mars Hand Lens Imager (MAHLI) that captures close-up color images of rocks and surface material at a resolution of up to 14.4 µm per pixel and the main “MastCam” used by the rover, which is actually two separate cameras allowing detailed near-field and far-field images to be captured.

The MastCam-100 part, which uses a 100 mm lens to capture distant images, is said to be able to see an object approximately the diameter of two golf balls from a distance of one kilometer.

Another of the company’s KAI-2020 sensors is currently en route to Jupiter as part of NASA's Juno mission, and should provide three-color images of the giant gas planet from orbit when it arrives in 2016.

On the CMOS front, the most recent product launch from Truesense is the company’s “KAC-06040” 6 megapixel sensor. Capable of 10-bit full resolution output at up to 160 frames per second, it is said to offer good near-infrared sensitivity and is being aimed at applications in machine vision, intelligent transportation systems, and surveillance.