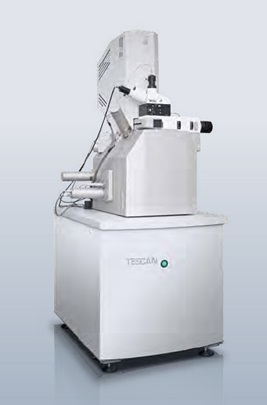 Researchers working on a project backed by the European Commission’s FP7 funding program are set to launch an entirely new kind of microscope at a trade show in Germany next week.

The combination will allow visualization of surfaces with nanometer-scale resolution that is possible using SEM, along with the molecular detection specificity of Raman spectroscopy.

Set to be unveiled at the Analytica 2014 exhibition in Munich, the combination technique is a result of the three-year, €4.7 million “UnivSEM” project.

Olaf Hollricher, the German company’s CEO and director of research and development, said in a joint statement: “RISE microscopy enables unprecedented opportunities for the most comprehensive ultra-structural and molecular sample analyses.”

He believes that the RISE microscope bears all the hallmarks of a successful correlative microscopy technique, and will convince both Raman and SEM users of its utility.

Tescan and Witec have arranged worldwide sales and after-sales cooperation, with Tescan chairman Jaroslav Klíma saying: “We consider this an important step in the development of integrated systems for the observation and analysis of samples on the nano-scale. The RISE microscope enriches the Tescan portfolio enormously with regard to high-end products and emphasizes our leading position in the electron microscopy market.”

Raman resolution beats expectations
According to the two firms, the new tool provides all the functions and features that are to be expected in either a standalone SEM or confocal Raman microscope. The imaging modes are capable of sub-nanometer and diffraction-limited resolution respectively.

In fact, in their mid-term project evaluation last November, the partners said that the SEM/Raman technique had delivered “unprecedented” results, with an optical resolution of 360 nm beating initial expectations of around 500 nm.

The SEM/Raman tool is just one aspect of the UnivSEM project, with the partners also working on multimodal combinations of scanning probe microscopy (SPM), advanced X-ray, electron backscattering and mass spectrometry techniques in tandem with optical technologies.

Having kicked off in April 2012, it is set to conclude a year from now with the realization of multi-modal tools that it is hoped will find applications in a wide variety of industrial quality control and R&D laboratories.

Geology, biology, forensics and electronics are seen as the primary markets, say the partners.