...while Vienna University of Technology creates photo-diode from tungsten diselenide. 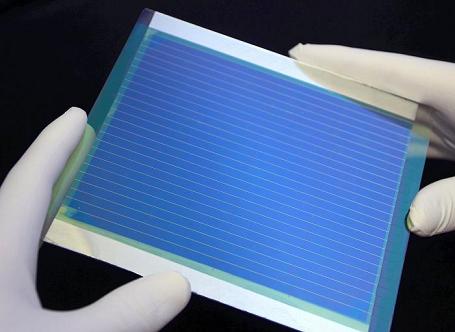 Imec, Leuven, Belgium, has developed a fullerene-free organic photovoltaic multilayer stack that achieves a record conversion efficiency of 8.4%. The research center says this "breakthrough achievement", reported in this week’s Nature Communications, represents an important step toward taking organic photovoltaic cells to a higher level in the competitive thin-film PV marketplace.

Organic solar cells are an interesting thin-film PV technology due to their compatibility with flexible substrates and for having a tunable absorption window. Although the power conversion efficiency of organic solar cells has increased rapidly in the past decade, further enhancements are needed to make the production of OPVs easily scalable into industrial production.

Fullerenes are the dominant acceptor materials in current OPV cells due to their ability to accept stable electrons and their high electron mobility. However, the small absorption overlap with the solar spectrum limits the photocurrent generation in fullerene acceptors, and their deep energy level for electron conduction limits the open-circuit voltage. Imec implemented two fullerene-free materials as acceptor, increasing open-circuit voltages compared to OPV cells with fullerene acceptors.

Atom-thin solar cells made from WSe2 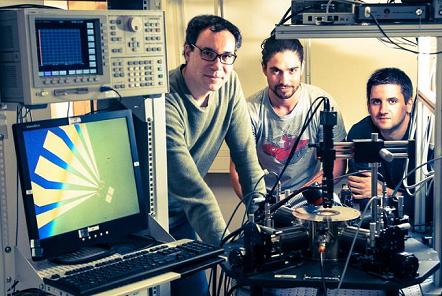 Researchers at the Vienna University of Technology have succeeded for the first time in creating a diode made of tungsten diselenide, WSe2. Experiments show that this material may be used to create ultrathin flexible solar cells and even flexible displays could become possible.

Deciding that the new “wonder material” graphene was not well-suited for building solar cells because its electronic states are not very practical for creating photovoltaics, TUV’s Thomas Mueller and his team started to look for other materials, which could be arranged in ultrathin layers, but with better electronic properties.

The WSe2 layer is so thin that 95% of the light just passes through but one tenth of the remaining 5%, which is absorbed, can be converted into electrical power. Therefore, the internal efficiency is relatively high. A larger portion of the incident light can be used if several of the ultrathin layers are stacked on top of each other – but sometimes the high transparency can be a useful side effect. “We are envisioning solar cell layers on glass facades, which let most of the light into the building while at the same time creating electricity”, says Mueller.

The results of the experiments at the Vienna University of Technology have now been published in the journal Nature Nanotechnology.

The European FP7 project ArtESun is aiming to develop more efficient organic solar cells with an increased lifetime and a decreased production cost. The ultimate goal of the ArtESun project is to introduce organic photovoltaic technologies (OPV) into the competitive thin-film PV market.

The ArtESun project combines the multidisciplinary and complementary competences of top-level European research groups and industries in order to make significant steps towards high-efficiency (>15%), stable and cost efficient OPV technology. Project objectives are set to make break-through advances in the state of the art in terms of development of innovative high efficient OPV materials which can be used to demonstrate the cost-effective non-vacuum production of large area arbitrary size and shape OPV modules.

A further aim is to better understand the long-term stable operation and the degradation mechanisms at material and OPV device levels, and to develop roll-to-roll additive non-vacuum coating and printing techniques emphasizing materials usage and cost-efficient processing. High performance arbitrary size and shape OPV systems will be demonstrated in environments relevant to its expected future applications.