Acquisition process began with rebuffed proposal back in July 2013. 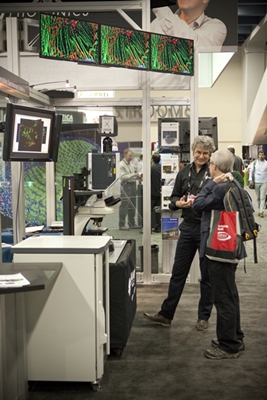 Oxford Instruments, the UK-based technology group that provides a diverse range of hardware for industry and research, has finally completed its takeover of the high-performance imaging specialist Andor Technology.

The deal, initiated by Oxford with a 420p-per-share offer back in July, was initially rejected by Belfast-based Andor, a spin-out of the city’s Queen’s University. But on December 10 the two companies agreed on a 525p-per-share sale price, valuing Andor at around £176 million.

On January 22, the offer was declared “wholly unconditional” – after almost 95 per cent of the Andor shareholding said that they would sell to Oxford. That meant Oxford gained the right to issue compulsory acquisition notices to any Andor shareholders who had not accepted the deal, while any trading in Andor’s stock was set to be cancelled as of February 21.

The acquisition, seen as highly complementary to Oxford’s existing business, will likely add around £165 million in annual revenues to its turnover from sales of high-performance cameras, microscope systems and software to both the physical and life science industries.

Andor will continue to focus on growing its existing core markets, and will spearhead Oxford’s own strategic expansion into what it describes as the “Nano-Bio arena”.

In a statement Jonathan Flint, the Oxford Instruments chief executive, explained that terminology thus: “We want to be part of a future which sees the use of nanotechnology tools in the biological arena, for both analysis and eventually fabrication of bio materials.”

“Andor brings extensive knowledge of this market, a range of innovative products and a strong brand that will accelerate our expansion into this new market for Oxford Instruments.”

New CCD platform launched
The Belfast company appeared at last week’s BiOS and Photonics West exhibitions in San Francisco, where it demonstrated its new “iDus 416” – claimed to be the most sensitive near-infrared CCD platform available on the market. It combines low dark noise with a quantum efficiency of up to 95 per cent, and is aimed at Raman and photoluminescence applications.

According to Oxford, the Andor business will benefit from the acquisition with increased investment in research and development, an expanded product range and the opportunity to broaden its reach into new markets and applications.

Conor Walsh, the Andor managing director, said, “We look forward to the challenges and opportunities that are ahead of us. Andor has a deserved reputation for innovation and excellence which will continue to be at the core of our growth and success as part of Oxford Instruments.”