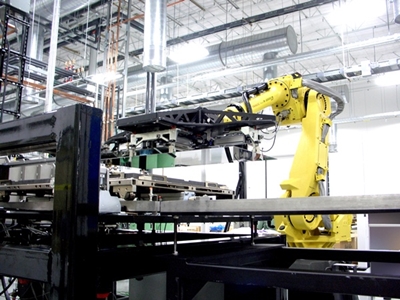 The future of HelioVolt has been thrown into grave doubt, following news that SK Group, the giant South Korean industrial conglomerate that has sunk at least $69 million into the Texas-based solar company, has decided to get out of the photovoltaics sector.

HelioVolt announced on February 24 that its board was evaluating “strategic alternatives” for its PV development and manufacturing business, which is based on copper indium gallium diselenide (CIGS) technology.

“The company intends to consider a range of alternatives, including investments, joint ventures or an M&A transaction that fits its strategic objectives,” HelioVolt said.

Following earlier backing from venture groups including Morgan Stanley, SK had taken a $50 million stake in the Austin-headquartered firm back in 2011. It loaned another $19 million as recently as August 2013.

In the meantime, HelioVolt has suspended what limited manufacturing operations it did have to conserve cash, and will reduce its workforce over the course of the next two months. According to the local Austin Statesman newspaper, the company employed 127 people in the city, including around 100 on a full-time basis.

Billy Stanbery, who founded HelioVolt back in 2001 and is still the company’s “chief science officer”, said in a prepared statement: “We are initiating this process because our strategic partner, SK Group, for reasons related to their business strategy, has informed us that they will no longer pursue their prior global solar PV goals.”

“While we continue to highly value the relationship with SK and have made tremendous technical progress in partnership with them, we are disappointed by their decision at a moment when we believe the solar market is poised for exceptional growth.”

PV market prospects
According to recent predictions for the global PV market from analyst company IHS, the sector could indeed grow at double-digit rates this year. Its senior research director Ash Sharma believes that installations will top 40 GW for the first time, and could reach as high as 45 GW.

However, crystalline silicon (c-Si) and thin-film cadmium telluride remain by far the dominant materials in the market, and of the dwindling band of CIGS specialists, only Japan’s Solar Frontier has made any significant commercial impact. Many others have been forced out of business by the relentless drop in c-Si and CdTe module prices over recent years.

China’s Hanergy is the other key player in the CIGS world, after it acquired the former Q-Cells thin-film CIGS unit Solibro, as well as MiaSolé and Global Solar Energy.

In 2012, and following a series C funding round of $85 million, HelioVolt said that it had invested $185 million in a pilot manufacturing line as it targeted its research and development efforts on delivering modules with efficiencies of 16 per cent by 2014.

SK had appeared something of a “white knight” investor as other exponents of CIGS solar steadily disappeared, but the planned modules are yet to arrive and the Korean company’s change in strategy leaves HelioVolt now facing a similar fate to its former rivals.

“We are devoted to continue developing relationships with potential partners/investors who will pursue the manufacturing initiative with HelioVolt technology.”