The Israel-based manufacturer of medical laser systems files to list 6.25 million shares on the US technology exchange. 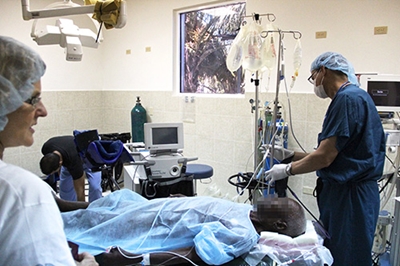 Lumenis, the Yokneam, Israel, company that specializes in medical lasers, looks set to raise at least $100 million through a flotation on the Nasdaq stock exchange.

The company said February 13 that it had commenced an initial public offering (IPO) of 6.25 million ordinary “B” shares, with a further 937,500 additional shares on offer to underwriters.

The offer, priced at between $15 and $17, should see the company raise more than $100 million and a maximum $122.2 million. Goldman Sachs, Credit Suisse Securities and Jefferies are serving as joint book-running managers for the proposed offering, with Wells Fargo Securities as co-manager.

No specific date has been set for the flotation as yet, but in its prospectus Lumenis says that it has applied for its stock to be listed under the ticker symbol “LMNS”.

The same document confirms that Lumenis generated sales of $265.4 million in 2013, representing solid growth of 6.7 per cent on the previous year.

New products in the pipeline
And the company is confident that it will continue to perform well following the IPO. “Our emphasis on product development has resulted in our strongest pipeline of new and next-generation products and applications in over a decade,” it states. “We expect to launch one to two new product platforms in each of our three segments by the end of 2014.”

Its products fall into three broad divisions that reflect the wider applications of lasers in healthcare – surgical, ophthalmic and aesthetic. Lumenis pioneered the use of holmium lasers for urology applications, for example in the treatment of benign prostate enlargement and kidney stones. Its carbon dioxide lasers are also used in vocal chord rescission.

Lumenis was also the first company to introduce a commercial laser system for treatment of the retina, since when they have become commonplace. Glaucoma and cataract treatments, as well as refractive procedures, are among the firm’s existing applications, while Lumenis says it is now exploring diagnostic applications in the ophthalmology sector.

The company also says that it sees China as the key location for future growth of the business.

As of December 31, Lumenis listed a total $69.5 million in restructured debt on its balance sheet, repayable through 2017. That total has been reduced in recent years – following the global financial crisis, the company found itself with long-term debts of more than $112 million offset by cash and equivalents of only $41.4 million.

Consummation of the Nasdaq listing should give a major boost to the company’s net debt position, and will also trigger the payment of a $6 million cash fee to Israel’s Bank Hapoalim.