Strong start to 2014 for the photonics company as the semiconductor capital equipment purchasing cycle ticks up. 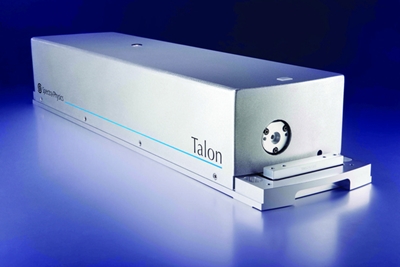 Buoyed by the success of its Quasar laser ramp and a busy Photonics West exhibition, US company Newport has reported a strong start to 2014, with its order book swelling as the semiconductor equipment market clicks back into a phase of growth.

The California firm has just posted sales of $154.2 million for the quarter ended December 28, up nearly 9 per cent on the prior year, with net income rising to $9.8 million over the same period.

But with a $14 million development agreement indicative of increased activity in the important semiconductor equipment sector, it appears that the momentum gained in late 2013 is set to continue throughout this year.

Orders in the quarter of $166.8 million were up more than 15 per cent sequentially and nearly 25 per cent on the prior year – driven largely by orders from microelectronics applications more than doubling compared with a year ago.

With sales above the company’s initial guidance for the closing quarter of the year, CEO Robert Phillippy told investors: “We enter 2014 with increasing momentum in our business. Fourth quarter orders were the second highest level in our history. We believe this performance reflects the improving market climate and the share gains we have achieved in a number of key applications, and we are confident that we are positioned well for sales and profit growth in 2014.”

He added: “While this recovery has not yet occurred in all of our end markets, input from our customers gives us confidence that business conditions will continue to improve throughout 2014.”

Lean and mean
Phillippy also highlighted the growing impact of 3D printing, or additive manufacturing, on Newport’s business, telling an investor conference call that the emerging industry accounted for more than $8 million in orders during 2013, while demand for night-vision optics for automobiles had also gathered strength.

A long-time focus for Newport has been to improve its profit margins through “leaner” operations – particularly following the major acquisition of Ophir - and it appears that these efforts are now bearing fruit.

Longbow Research analyst Mark Douglass noted that the company was now embracing “lean principles” across many of its product platforms. “Ophir is embracing lean manufacturing and seeing margin improvement and Oriel has trimmed down the number of stock-keeping units dramatically – though it can still serve the same number of applications,” he wrote in a report on Photonics West.

In a separate note on the latest Newport results, Douglass added that the firm's financial model was in “much better shape” compared with previous cycles. With this and an improved balance sheet and cash flow going into a phase of growth driven by semiconductor and life/health sciences applications, he suggested that it would not be a surprise to see further bolt-on acquisitions and perhaps even some share buy-back activity.

At Photonics West, Newport introduced a new, higher-power version of its nanosecond-pulse Quasar laser – described by Douglass as the most successful new product ramp by Newport’s Spectra-Physics laser business unit.

Herman Chui from the unit said that the new version, which now offers 60 W of ultraviolet power (compared with 45 W previously) was developed in response to customer demands for a tool capable of faster micromachining of materials like glass, sapphire and ceramics.

Also launched in San Francisco was the new “Talon” laser from Spectra-Physics, designed as a compact and cheaper alternative to the larger, more versatile and powerful Quasar. Although it does not feature the “TimeShift” technology for programmable pulse characteristics, the 12 W Talon is also aimed at microelectronics applications like PCB cutting and drilling.

• Newport's stock rose by around 3 per cent in early trading after the company's financial update. Closing at around $19 on February 13, the stock was up 25 per cent on its price exactly a year ago.