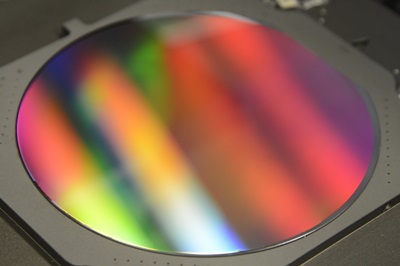 EV Group (EVG), which supplies a variety of semiconductor wafer and MEMS manufacturing equipment, has established a new center for nanoimprint lithography (NIL) applications at its headquarters in Austria.

Services at the “NILPhotonics Competence Center” are aimed at a number of semiconductor-based photonics applications, including the production of photovoltaic cells and LEDs, as well as advanced storage media and other nano-scale devices.

Based on polymer “stamps” and curing with either UV light or heat to generate nano-scale patterns, NIL is seen as a relative low-cost way of producing the tiny features critical to the performance of photonic devices.

Pilot line
According to EVG, its approach - using UV curing - can improve light extraction and light capturing in LEDs and PV cells respectively. It can also tailor the characteristics of laser diodes according to the desired application performance.

The center includes dedicated, global process teams, pilot-line production facilities and services in the state-of-the-art cleanrooms at EVG's headquarters in Austria - as well as its subsidiaries in North America and Japan, said the firm.

“Nanoimprint lithography is an enabling technology for the design and manufacture of all kinds of photonic structures, [and] can significantly shorten time to market and lower cost of production compared to conventional technologies, such as electron-beam writing and stepper systems for optical lithography,” claims Markus Wimplinger, the company’s IP director.

"Our full-wafer nanoimprinting technology can pattern true three-dimensional structures in the sub-micron to nano-range as well as features as small as 20 nm, which opens up a range of new photonic applications,” he added.

“We’re not just providing our customers with the most advanced NIL systems; we're also working closely with them during product development to help them determine how best to optimize their product designs and processes.” 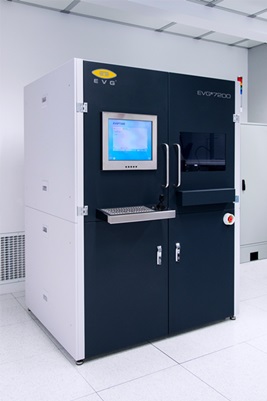 Launching SmartNIL in October Paul Lindner, EVG’s executive technology director said that the approach was the only NIL technology currently used in high-volume manufacturing on substrates up to 200 mm in diameter.

Said to be capable of making features with a resolution down to 20 nm at volume scale, it is designed to get around the drawbacks of traditional writing methods, which are either extremely slow, cannot be easily scaled up, or – like the deep-UV optical stepper systems used by the silicon industry – too expensive.

Key features include a full-field imprint area of up to 200 mm, and what is claimed to be the fastest UV-NIL system for high-volume-manufacturing applications (defined as more than 40 substrates per hour for 200 mm wafers).

Another claimed advantage is that the system is capable of patterning highly topographical structures, and is less sensitive to wafers that are bowed and warped – as can happen with LEDs manufactured on large-area wafers, especially with non-native substrate material.