by Ford Burkhart
Competing organizations have learned what they must do to win a competition to host a $220 million US hub for the development of integrated photonics - and it’s a tall order.

They must tell the US Department of Defense (DoD) exactly how they would organize the hub to address four sample application sectors. They are:

Armed with that information following a proposers’ meeting held last week in Arlington, Virginia, the interested parties returned to draft their “concept papers” for creating a giant hub that is set to receive $110 million in federal seed money and matching private funds.

Officials said that they expect “strong responses from four or five US centers,” ahead of a contract announcement expected early next summer.

More than 100 potential members of competing teams gathered at the closed first-round meeting, while a public webinar recapped the event on November 24.

Details of those in attendance in Arlington have not been released, but will have likely featured representatives of the 18 photonics clusters - of varying sizes – that are scattered around the US. Strong proposals are expected from the dominant groups in central Florida; Tucson, Arizona; and Rochester, New York.

Other cluster groups are hosted in Silicon Valley, San Francisco, Los Angeles, Chicago and Boston, with smaller organizations in Montana and Indiana. 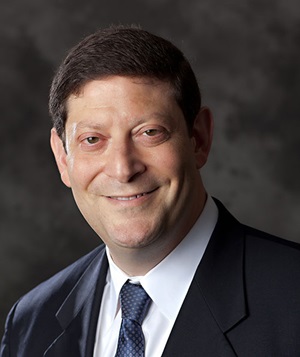 Business plan needed
Alan Willner of the University of Southern California (USC), the chair elect of the steering committee for the National Photonics Initiative (NPI), which has pushed hard for the federal backing of the hub, said: “This is an extremely exciting moment and it’s also a big opportunity.”

Citing the technological leaps of the 20th century, from vacuum tubes to transistors, and then to integrated circuits, he asked: “Can we make that next big leap to enable new products that will be cost-effective, bring lots of value to people and be ubiquitously deployable? Can this be that enabler?”

Willner and Stanford’s Tom Baer, the current NPI steering committee chairman, opened the follow-up webinar, which was hosted by the optics societies SPIE and OSA. Willner stressed that the $220 million in public-private finance was for only five years, and that competitors had to draw up a sustainable business plan to work beyond that funding window.

“They must give examples of how it will function,” he said. “You should tell how your institute is going to operate.”

He added that while the hub would be regional in nature, it must also have a “center of gravity…a loading dock, so-to-speak, at the back door.” Co-operation by several states was possible, he said. “The DoD envisions large teams in order to have the most impact on the community and the nation.”

Manufacturing readiness
The winning team would also need to demonstrate how it would transition integrated photonics technologies out of the lab and into the real world, raising them from the DoD’s Manufacturing Readiness Level 4 to Level 7.

“They want to have manufacturing, microchips, medical technology, bio sciences, all under one roof,” said engineer and scientist Robert Breault, whose Breault Research Organization (BRO) in Tucson makes precision telescopes and optical components.

A key player in the emergence of Tucson’s Optics Valley and other optics clusters around the world, Breault has been involved in the sector for more than three decades. “The emphasis is on manufacturing, and creating an ecosystem for that,” he said.

Attendees at the Arlington proposers’ meeting said that the potential competitors numbered more than 125 companies, institutions, organizations and agencies. Those individual entities may join up with other groups, while some may decide to submit their own individual concept papers, hoping to wind up as part of a larger consortium, Willner said.

Final decision slated for June 2015
The next key date for the interested parties is December 19, after which the concept papers will be evaluated. Those short-listed will be notified on January 30, and invited to create more detailed proposals for the manufacturing hub by the end of March.

A round of negotiations will follow, with a final agreement on the award expected around June 22.

The Office of the Secretary of Defense (OSD) is overseeing the project with assistance from the DoD’s Office of Manufacturing and Industrial Base Policy, through its Manufacturing Technology Program.

The photonics foundry is one of a network of 15 institutes for manufacturing innovation (IMIs) to have been proposed by the White House, under the umbrella program known as the National Network for Manufacturing Innovation.

The photonics IMI will be the fifth such center, and is set to receive the largest investment to date. The Air Force Research Laboratory is taking the lead in organizing the photonics competition, with the broad aim of “fostering innovation in the US for integrated photonics”.

At the Arlington meeting, speakers said that the winning institute would also be expected to carry out investigations, joint projects and ventures, technology studies, scientific excellence experiments and technology exchanges, and promote education forums, collaborations and market studies.