Said to be one of the most advanced centres in the world; partnership with Southampton. 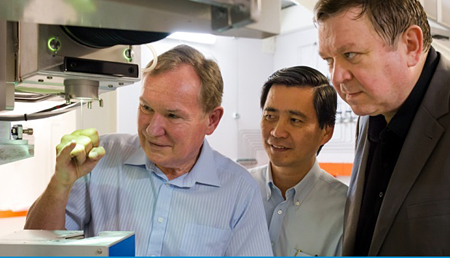 To establish Singapore as a pole of excellence in photonics and optics research, the country’s Nanyang Technological University (NTU) at the end of October launched the Photonics Institute, which it describes as “one of the most advanced institutes in the field today”.  At the same time, the university also unveiled Singapore’s first high-tech fiber-optic research manufacturing facility, which is housed at one of the institute’s five research centers.

NTU is partnering with the University of Southampton, UK, to set up the new institute. Southampton is home to the Optoelectronics Research Centre, renowned as a center of excellence in optical fiber development.

The $80 million Photonics Institute at NTU, which will employ 120 scientists across its five research centers, with a combined floor space of 4,000m2, is funded and supported by industry partners and various national agencies, including A*STAR, DSO National Laboratories, the Economic Development Board Singapore, the Ministry of Education and the National Research Foundation, Prime Minister’s Office, Singapore.

The Photonics Institute will comprise five different research centers, all related to various fields of photonics and optics:

Guest-of-Honor at the launch ceremony was Mr Teo Ser Luck, Singapore's Ministry of Trade and Industry, who witnessed NTU signing a research partnership agreement with Southampton to formalise the setting up of The Photonics Institute. NTU President Prof Bertil Andersson said photonics is an enabling technology with applications that span many industry sectors, from communications to manufacturing, and even space technology.

Prof Andersson said, “Together with Southampton, our new institute aims to be become a focal point for photonics research in Singapore and to drive innovations on a global scale.  This joint initiative is an important conduit for the transfer of scientific and technological knowledge, breakthroughs and industrial innovations between Singapore and United Kingdom.”

“Southampton has been at the forefront of research and development in photonics for several decades and continues to be a significant contributor to the growth of the photonics industry in the UK and internationally. This pioneering work on the optical fibers, fiber lasers and amplifiers that power the internet today has been driven by our world-leading researchers such as Professor Sir David Payne and Professor Nicolay Zheludev, both of whom have major roles in our dual-centre with NTU.”

The Photonics Institute will be headed by three co-directors. They are NTU professors Tjin Swee Chuan and Nikolay Zheludev; and Prof Sir David Payne, the director of the Optoelectronics Research Centre at the UK’s University of Southampton.

Prof Zheludev, who is also the director for the Centre for Disruptive Photonic Technologies, said, “The new institute will be a new model which spans both universities in Singapore and the UK, aimed at developing disruptive ideas in next-generation photonics. The Photonics Institute will be a cradle of knowledge and intellectual property, and a focal point for developing ground-breaking applications of light-enabled technologies.”

This facility, which his said to house one of the world’s most advanced fiber manufacturing facilities, will for the first time give Singapore the ability to manufacture experimental fiber optic cables. It has been set up jointly by NTU and the University of Southampton, in partnership with Singapore’s Agency for Science, Technology and Research (A*STAR) and DSO National Laboratories.

Professor Payne said the new three-storey fiber manufacturing facility was designed with the intention of developing next-generation fiber technology. “The new centre will allow us to fabricate various types of optical fibers, such as soft glass, silica and photonic-crystal fibres, as well as special fibers for biomedical and sensing applications.”

NTU Professor Tjin Swee Chuan, Co-Director of The Photonics Institute said COFT has 11 R&D projects already lined up and that “a key mission of the photonics institute is also to provide manpower training in the field of photonics and optics for Singapore”.

Matthew Peach is a contributing editor to optis.org.