Universities of Arizona and Hawaii, along with NASA and Lockheed Martin, support 3.8 meter UKIRT. 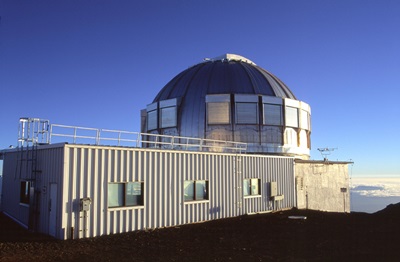 UKIRT - owned by the UK no more

The United Kingdom Infrared Telescope (UKIRT), which had been threatened with closure following a 2012 decision to pull funding by the UK’s Science and Technology Facilities Council, has been saved.

Rated as a leading observatory and the world's second-largest telescope dedicated to infrared astronomy, UKIRT sits on top of Mauna Kea and is reckoned to have an extremely high-quality 3.8 meter mirror.

Its wide-field camera is highly suited for surveying vast areas of sky and expected to be much in-demand. With some of its new funding coming via NASA’s Office of Orbital Debris and Lockheed’s STAR Labs, it looks set to be put to use monitoring potentially very damaging space debris.

UKIRT was in danger of shutting down because of the budget constraints within STFC, although the funding agency subsequently announced in October 2012 that it had received 13 expressions of interest in running the site.

Under the new operating structure, UH will own the telescope while UA will take on its directorship. The partners say that UKIRT will be made available to researchers in all areas of astrophysics, but with a particular focus on near-Earth asteroids, studies of forming stars, galaxy evolution, and space debris and its impact on satellites.

Ground-breaking partnership
Richard Green, assistant director for government relations at the Steward Observatory, is to become the telescope’s new director. He said of UKIRT. "Its wide-angle mode makes it the ideal complement to the telephoto-like mode of our Large Binocular Telescope."

Meanwhile Buell Jannuzi, head of the UA's renowned Department of Astronomy, added: "The partnership that has come together is also ground-breaking for us in several ways, in that it brings a unique mix of talent and many of the US experts in infrared astronomy together for the first time.

“This is also the first time we have helped to operate a telescope from Mauna Kea, one of the world’s best sites for infrared astronomy.”

Though it was originally was designed as a relatively simple instrument, technology upgrades have allowed UKIRT to take full advantage of the high altitude and dry, low-turbulence atmospheric conditions atop Mauna Kea. 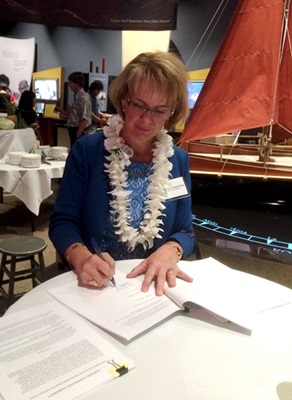 It is able to image mid-infrared light from a particularly dry site, and to measure polarized light in the near-infrared region.

When UKIRT was pointed towards a cloud of gas swirling around a supermassive black hole at the core of a distant quasar, scientists were able to “weigh” the black hole, estimating it to a mass equivalent to three billion suns.

Gary Davis, director of the Joint Astronomy Centre that has been operating UKIRT for the STFC, said: "I have never known a machine that inspires such affection among its users. UKIRT has been a fabulous success story for British astronomy over its 35-year lifetime."

He added that over the past decade, a deep-sky survey performed by UKIRT had opened up new frontiers in infrared astronomy, making it the most productive telescope on the planet.

STFC decided to withdraw its support for the telescope following a review, pointing out that its cash was also needed to back the UK’s access to the European Southern Observatory’s various facilities, as well as work on future facilities such as the Square Kilometre Array and the giant European Extremely Large Telescope (E-ELT) project.