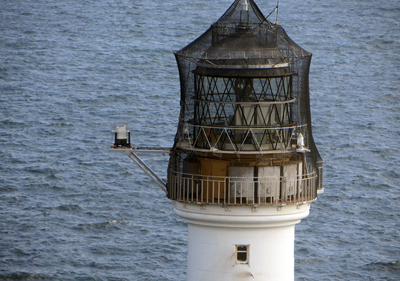 ZephIR 300 lidar was deployed on the historic Bell Rock lighthouse.

Inch Cape Offshore has successfully deployed a ZephIR 300 lidar on the historic Bell Rock lighthouse, 17km off the Angus coast of Scotland, UK. The ZephIR 300 has been mounted on a platform on the north east of the lighthouse using a specially-designed support frame.

Inch Cape Offshore is proposing to develop a wind farm on a site in the North Sea around 15 km off the Angus coastline which will cover an area of approximately 150 km2 and will consist of up to 213 turbines.

The optical wind monitoring system is designed to measure wind direction and velocity and will augment wind measurements from onshore sources and from a dedicated offshore meteorological mast that is expected to be installed later in October 2014.

The installers say the ZephIR wind data provides an opportunity to enhance the energy assessment and revenue forecasting, which is an essential part of design refinement and the overall business case for the offshore windfarm project.

Stephen Kerr, Inch Cape Project Director said, “Wind data collected from this location will enhance our understanding of the weather conditions offshore. We have worked closely with the ZephIR team and the Northern Lighthouse Board throughout the design and deployment on this iconic lighthouse and thank all parties for their ongoing support.”

The installation of the unit was carried out by SgurrEnergy, based in Glasgow, Scotland, which designed and fabricated a support structure which secures the ZephIR device near the top of the lighthouse. The design and installation have been optimized to reduce the time needed to be spent offshore and minimize impacts on the lighthouse operation and the structure itself. 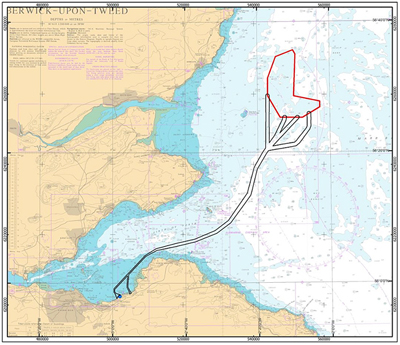 The proposed wind farm is to be located 17km off the Angus coast of Scotland.

'Exciting and unusual' Robbie Gibson, Director of Measurement at SgurrEnergy, commented, “This was an exciting and unusual offshore installation project, in which we worked closely with the Inch Cape team and Northern Lighthouse Board to complete this deployment of the wind lidar.

”SgurrEnergy’s offshore engineers and technicians worked together with our parent company, Wood Group, to create a bespoke design and installation for a successful lighthouse deployment of ZephIR on behalf of Inch Cape Offshore.”

Ian Locker, Zephir’s managing director, added, “Offshore, ZephIR is the first choice of lidar with its unique low 10m measurements, which are essential when deployed on taller structures such as this lighthouse. Furthermore, with no need for annual calibration and an extensive period between services, deploying the ZephIR makes perfect sense where lidars need to be left installed for long periods of time in applications such as offshore, mounted on turbines.”