The Deutsche Forschungsgemeinschaft (DFG, German Research Foundation) is establishing nine new Research Units, including one focused on optical packaging and its application to photonic networks. The collaborations based at different German universities will offer researchers the opportunity to pursue current and pressing issues in their research areas and to establish innovative work directions.

As with all of the almost 200 DFG Research Units, the collaboration between the new units will be interdisciplinary and span multiple locations. In the initial three-year funding period, they will receive approximately €16 million in total. 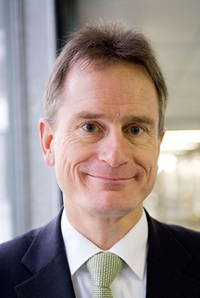 In its statement announcing the launch of the new photonics-focused project, the DFG comments, “there are growing calls for new developments in optical packaging. Although there are examples of optical systems being used to advantage, for example the excellent transmission of very large volumes of data, there are still unresolved issues relating to signal transfer to nodes in photonic networks.”

The project, entitled "Optical Packaging for Module-Integrated Bus Systems", will be led by Professor Dr.-Ing. Jörg Franke, at the University of Erlangen-Nürnberg. He said he intends to examine these problems and lay the foundations for the production of three-dimensional, optically functionalised mechatronic components.

The other newly-announced research units (and their associated universities) are as follow: