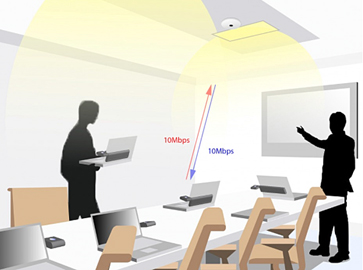 Li-Flame is set for shipping to industry customers during Q4 of 2014.

The company has produced all of the necessary components for a so-called “atto-cellular” communication system that can serve multiple mobile users at the same time, allowing them to move around inside a room or premises while seamlessly connecting to the optimal LED bulb.

pure LiFi says that worldwide industry demand for the product shows that Li-Fi is regarded as a transformative technology that could change the way consumers use the mobile internet and become an enabler of the emerging Internet of Things.

The development marks the first step to achieving up to 1000x higher capacity per area than traditional wi-fi systems. Featuring pureLiFi’s light-based cellular technology and operating in non-line-of-sight, the company says its latest development has the potential to revolutionize the next wave of mobile communication systems, 5G, and to accelerate the Internet of Things.

Li-Flame is set for shipping to industry customers during Q4 of 2014. The product is the next generation of the company’s earlier high-speed, bidirectional wireless solution, Li-1st, which uses visible light communication (VLC) to transmit data. The latest innovation by the developer of Li-Fi, Prof. Harald Haas and his team, Li-Flame is the first product that elevates VLC from a point-to-point transmission technology to a full wireless networking solution. 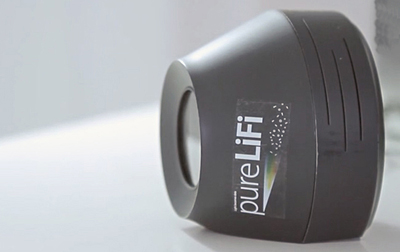 Harald Haas, Chief Science Officer and co-founder of pureLiFi, commented, “Worldwide demand for this product shows that Li-Fi is seen as a transformative technology that can change the way we use the mobile internet and be an enabler of the emerging Internet of Things.”

The Li-Flame ceiling unit connects to an LED light fixture to form an atto-cell, which provides communication in the fixture’s illuminated area. The Li-Flame system covers a wide area with multiple ceiling unit access points. The system operates in conjunction with the Li-Flame mobile transceiver unit, which features an infrared uplink and connects via a standard USB to the host device to allow full mobility.

Haas added, “Li-Flame technology delivers data densities substantially greater than state-of-the-art wi-fi and its inherent security advantages eliminate unwanted external network intrusion. pureLiFi released the world’s first commercial Li-Fi product, Li-1st, during Q1 of 2014 and is at the forefront of research and commercialization into Li-Fi, which is an industry we expect will grow to over $9 billion by 2020.” 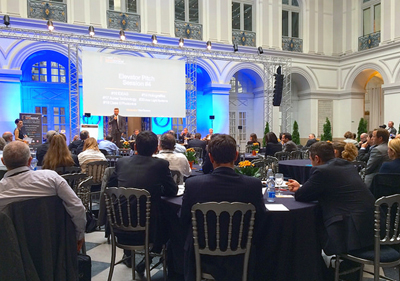 ”It will be integrated into every smart phone, tablet and laptop and form part of the 4G and 5G mobile network infrastructure. Lifi is also a massive opportunity for the lighting market. The lighting business model is changing due to the proliferation of LEDs. As a result the industry is moving to a service-based model and lifi enables lighting companies to become communications infrastructure providers.

”The inherent properties of light provide many opportunities. The fact that light cannot penetrate walls or buildings allows the use of lifi to deliver secure mobile connectivity where those attributes are paramount, such as in defense, banking and the pharmaceutical industry, for example.

”It can also be used in places requiring inherently safe communications e.g. hospitals, power plants, where radio frequencies can cause problems and interference, or in the petrochemical industries, where RF technology can cause a spark risk and danger of an explosion.”

”Our vision is to maintain and grow our leadership in li-fi, as every light in every office because a lifi access point. We are currently raising £7 million in two tranches to fund the next stages of product development and commercial growth. And we are also in discussion with leading defense contractors and at the same time we are working with companies in the lighting area to deliver commercial and industrial solutions. We expect to achieve a significant IPO in the next three years.”

A brief history of LiFi

Following is the 2011 "TED" talk video describing the principle of pureLiFi, presented by Prof. Harald Haas: