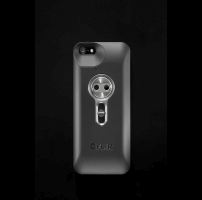 Flir withstood what CEO Andy Teich characterized as a "difficult" fourth quarter, to end 2013 with a rise in full-year revenues and a dip in net income. But the company's recent unveiling of two new products pointed towards what it hopes will prove to be substantial new revenue streams.

Fourth quarter revenues for the developer of thermal imaging technology rose by four percent year-on-year to $400.3 million, assisted by a 15 percent increase in business within its Commercial Systems division. Revenue from the Government Systems segment slipped by ten percent, however.

The result was a six percent rise in full-year revenues, which reached $1496.4 million for 2013, compared with the $1405.4 million posted for the previous year.

Net income for the quarter was $28.7 million, down from the $77.3 million recorded in the equivalent quarter a year ago. Full-year income fell from $222.4 million to $177 million on the same basis.

"The new products and core technologies we have recently introduced, coupled with the organizational changes we launched in the fourth quarter of 2013, pave the way for Flir's entrance into several new high volume markets," he said. "Our financial results were impacted by slowed activity from domestic defense customers and our planned spending and restructuring charges; however, we recorded a record level of cash flow in 2013."

Teich now indicated that as of Q1 2014, Flir would realign its structure entirely. The company will report in six segments: Surveillance; Detection; Instruments; Security; Maritime; and OEM And Emerging.

"This realigning of our operations will create a streamlined organizational structure that focuses on our customers, leverages our vertical integration, and furthers our ability to deliver on our goal of 'infrared everywhere,'" he said.

New products, new markets
The new products and core technologies Teich referred to were the Flir One, a slide-on attachment priced at $349 that allows an iPhone to become a thermal imaging system; and the Lepton camera core, said to be the smallest microbolometer-based thermal imaging camera core currently available. Both were the focus of the company's presence at the CES show in January 2014.

"These products change the game, and finally bring thermal imaging technology to the mass-market," commented Teich. "Flir One represents our first true entry into the consumer products market, and we are already seeing the knock-on effects on the awareness of our other products. And for the Lepton core, multiple high-volume markets and platforms await."

The range of possible market outcomes for both new items is thought to be wide, and not yet fully apparent. Teich indicated that Flir has budgeted "conservatively" for the Flir One and "very conservatively" for the Lepton in 2014, predicting no meaningful revenue impact in the calendar year. "It will be a 2015 play," he told analysts.

However, the ultimate impact of these new technologies could be substantial for the company. "We have mentioned many times in the past that the two major barriers to growth in this business are price and awareness," said Teich. "Flir One pulls harder on those two levers than any product in the history of this industry."