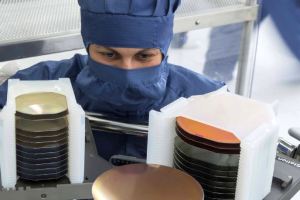 Despite a dip in year-on-year quarterly revenues, executives at Osram declared themselves satisfied with the company's start in fiscal 2014, and with its continuing restructuring efforts in a financial environment described as "still challenging."

Figures for Q1 2014 showed that total revenues declined by a nominal 2 percent to €1.33 billion, compared to the €1.36 billion posted a year ago.

However, the company attributed the fall entirely to currency movements, and stressed that a comparison without these portfolio and currency effects would have shown a rise by a similar percentage.

Income before taxes rose substantially compared to the Q1 2013 period, up by 26 percent to €97 million, although net income profit was unchanged at €68 million.

Osram CEO Wolfgang Dehen pointed to increased profitability in the LED-based solid-state lighting (SSL) business, which accounted for 33 percent of the revenues compared to 26 percent a year ago, and the ongoing "Osram Push" program of performance improvements as factors that would stand the company in good stead.

"We are satisfied with the start into fiscal 2014," he told investors. "The positive effects of our comprehensive improvement program Osram Push are becoming increasingly visible and broad-based. The SSL business has developed dynamically this year and already accounts for one third of our revenue worldwide."

Negative currency effects will continue to affect the company's figures though, according to Dehen.

"These effects are visible in both sales and revenue, and have become stronger since our last set of reported results," said the CEO. "A lot depends on the future development of exchange rates, but we assume that the effect will remain negative."

The goals of the Osram Push program remain unchanged: cumulative gross savings of €1.2 billion by fiscal 2015 and a reduction in global headcount of 8,700 by the end of fiscal 2014, alongside a reduction in manufacturing sites.

Extraordinary increase
Among Osram operating units, the Opto Semiconductors (OS) segment recorded an "extraordinary" revenue increase of 17 percent year-on-year, and installed the first equipment in its new LED assembly plant located at Wuxi, China. Production at the facility is scheduled to begin in the third quarter of fiscal 2014.

OS also intends to switch production of red- and yellow-emitting LED chips from 4-inch to 6-inch wafers to meet growing demand, having made the same change-over for blue LED chips in 2011.

Manufacture of all large-wafer LEDs will be expanded to the indium-gallium-aluminum-phosphide (InGaAlP) material system, with red, yellow and orange chips fabricated at the Regensburg, Germany, headquarters. InGaN chips for blue, green and white LEDs are also produced there, as well as in Penang, Malaysia.

Elsewhere, double-digit growth in automotive lighting, where Osram's business is growing faster than global car production, contributed to a nine percent revenue rise on a comparable basis for the Specialty Lighting segment.

Osram's Lamps and Components business saw a relatively strong finish to fiscal 2013, limiting the reported year-on-year revenue decline to seven percent as Osram Push and higher inventory write-downs in the prior quarter had an impact.

The Luminaires and Solutions segment took a larger hit, recording a revenue decline of nine percent from the comparable quarter last year, affected by ongoing reorganization of the North American service business and adjustments in the luminaires product portfolio. The company indicated that the realignment is making particular progress in the luminaires business, where more than 40 percent of revenues are generated with LED-based products and solutions.

Osram still expects to see its revenue growth exceed the three percent rise in global GDP predicted for 2014, along with a sharp rise in net income during the fiscal year.

• The markets reacted nervously to the company's figures. Osram shares, having risen in the period prior to the announcement of Q1 14 figures, fell by nearly eight percent in the hours immediately afterwards, before recovering slightly. Shares remain close to their three-month high, however.