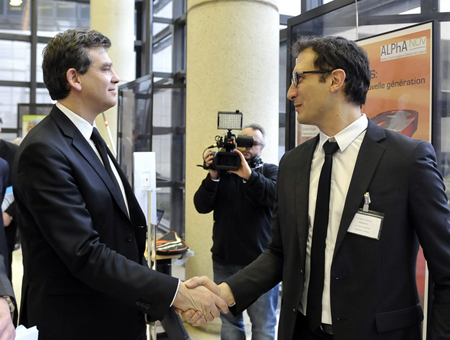 French government ministers have praised the innovation and growth of femtosecond IR laser system developer Amplitude Systèmes, during an official visit to the company based near Bordeaux, on 24 January.

He told optics.org, “I gave a presentation to the ministers explaining how the cluster model is helping with the development of the region.” Amplitude Systemes is part of the Routes des Lasers cluster, around Bordeaux. 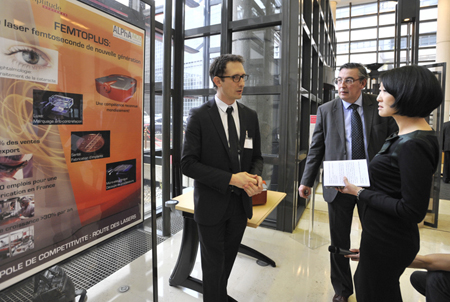 France has numerous high-tech clusters nationwide (map), several of which are involved with photonics developments.

He added that Amplitude Systèmes’ business has grown at about 30% per year since its launch in 2001, and staffing has increased from 30 in 2007 to more than 110 people today. A significant part of its revenue now comes from its Tangerine and Satsuma air-cooled femtosecond fiber lasers.

The firm was among 20 companies selected to showcase innovation developed by collaborative research programs supported by French clusters. 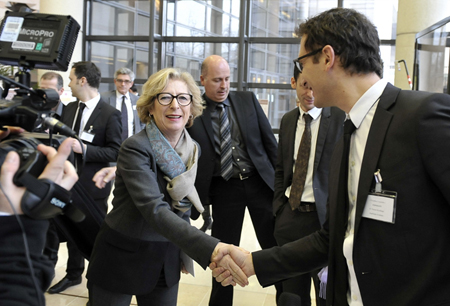 Amplitude Systèmes presented the ministers with some of its results from the FemtoPlus laser development program including new products, job creation and increased business.

Amplitude Systèmes will next week be presenting at BIOS (booth 8539) and Photonics West 2014 (Booth 1232) its range of ultrafast lasers including the brand new 30W Tangor solid state laser, which offers up to 300μJ energy per pulse and pulses <400fs for optimal processing quality of metal and transparent materials.