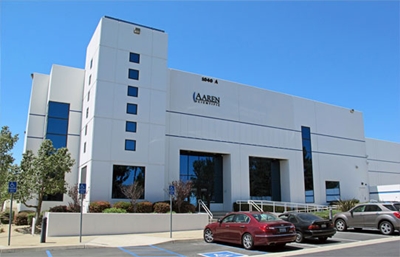 Germany-headquartered Carl Zeiss Meditec has acquired the US firm Aaren Scientific Inc., a manufacturer of intraocular lenses (IOLs) used after cataract surgeries, for an undisclosed sum.

The Ontario, California, company, which has 235 employees, has been developing IOLs for more than two decades. It was founded by CEO Rick Aguilera and VP of manufacturing Victor Garcia back in 1989.

According to Zeiss, the majority of shares in Aaren were previously owned by a private investment company and others including Aguilera. The company adds that Aaren’s entire management team will remain with the firm following the acquisition.

Like Carl Zeiss Meditec, Aaren has developed a range of IOLs – including what it calls “Perfect Lens”, a proprietary technology that uses a femtosecond laser to modify the refractive power of the lens and enable multi-focal operation.

Meditec CEO Ludwin Monz said in a prepared statement that the two companies were highly complementary, and that the deal would enable Zeiss to offer ophthalmic surgeons a broader portfolio of IOLs.

That would appear to tighten the German company’s grip on this particular sector – it estimates that around 70 per cent of all cataract patients already come into contact with at least one of its products during their procedures.

“By giving our customers a wider range of IOL choices than any other company, we will be in a position to provide them with tailored solutions for their patients,” Monz added.

Research and development expertise
Aaren was the first US manufacturer of IOLs to receive a CE registration in Europe, and its research and development capability is highly regarded. In 2012, the company hired Josef Bille, winner of the European Inventor Award in the same year for his work on wavefront technology in corrective laser eye surgery, as its VP of laser research.

The US company said last year that it was utilizing a US patent filed by Bille and granted by the US patent office to create customized IOLs with femtosecond lasers.

“This technology represents a potential new direction in cataract replacement surgery - a lens adjusted in advance for diopter, asphericity, toricity and multi-focality and the ability to fine tune that lens, or any implanted lens, post-surgery,” it explained.

In 2012, Aaren is said to have generated revenues of approximately $20 million, primarily outside of the US – fewer of its products have received regulatory approval in its domestic market.

It will now become part of the “surgical ophthalmology” business unit within Carl Zeiss Meditec, complementing existing IOL development and production at the Zeiss sites in Berlin and La Rochelle in France.

Aaren’s co-founder Aguilera said: “[Our] world-class line of intraocular lenses perfectly augments Zeiss’ renowned ophthalmic diagnostic and surgical product portfolio. This is an excellent and sensible partnership for both companies and we encourage all involved to view this as we do – a major turning point in our companies.”

The insertion of an IOL following cataract surgery is the most commonly performed ophthalmic surgical procedure, claims Zeiss. At the moment, the vast majority of IOLs are monofocal lenses, but multi-focal designs are becoming more popular as they offer a better outcome for patients.

Zeiss’ most recent addition to its portfolio of multifocal lenses, the “AT LISA tri toric”, is the only such lens to have received CE mark approval. The market for cataract surgery, already huge, is expected to grow rapidly along with the ageing population of developed economies around the world - and has attracted plenty of recent investment as a result.