US provider of sensors and inspection equipment to the semiconductor industry set to acquire Minneapolis neighbor Laser Design Inc. 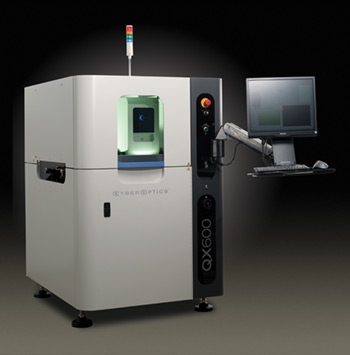 Laser Design Inc. (LDI), a US company specializing in metrology and scanning systems based around laser and imaging technologies, is set to become part of nearby CyberOptics.

CyberOptics, which already sells a range of precision optical sensor products that are used for metrology applications in semiconductor manufacturing, says that it will pay around $3 million in cash to buy LDI. Both firms are headquartered in Minneapolis.

Assuming that it receives approval by LDI’s shareholders, the deal should close next month. After that, LDI will operate at first as a wholly-owned subsidiary. Its current annual revenues of approximately $6 million will add significantly to CyberOptics’ existing turnover – around $33 million in the company’s current fiscal year – although little impact is expected in terms of profitability.

According to CyberOptics, LDI’s scanner and metrology products and services address a global market worth some $825 million. Existing high-profile customers include the likes of Schneider Electric, Samsung, HP, Toyota, Hyundai and General Dynamics.

“Global demand for 3D scanning is growing rapidly as this technology is deployed increasingly in markets ranging from automotive and aerospace to medical and consumer electronics," he added. "LDI has established a solid reputation in the 3D scanning marketplace and possesses a pipeline of promising new products. By expanding our reach into a new range of diverse markets, we believe LDI will strengthen CyberOptics’ long-term prospects.”

“The addition of LDI also will enable CyberOptics to leverage the 3D sensor technology that we are developing in-house. We intend to incorporate the new 3D sensor technology into future LDI products to strengthen their competitiveness in the growing 3D scanning market.”

Resetting the bar
Kulkarni will replace long-time CyberOptics CEO Kathleen Iverson, known as “Kitty”, whose retirement following ten years in charge was announced by the firm in late December.

At the time, Kulkarni said that Iverson had guided CyberOptics through multiple cycles in the electronics industry, in the process establishing the company’s Singapore operations and the integration of its semiconductor operations in Minneapolis,.

“She has positioned the company to become a leader in 3D inspection, with exciting new sensor technology under development that we believe will serve a number of product platforms and place us in a position to serve multiple markets,” said Kulkarni.

Iverson added: “I am proud of our achievements, as we have grown CyberOptics’ reputation as a technology leader during challenging economic times and in competitive international markets.”

C. Martin (Marty) Schuster, LDI’s president and CEO, said of the two firms’ impending merger: “The opportunity to join CyberOptics will enable us to take optimum advantage of the 3D technology that we have been developing since 1987. Together, we believe we can reset the bar for metrology applications in a wide range of markets.”