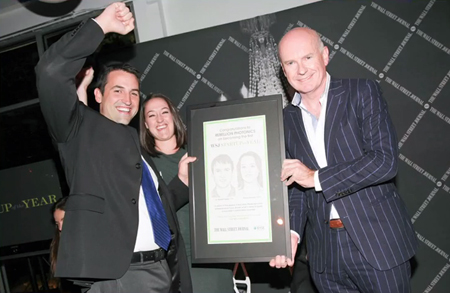 Rebellion Photonics, Houston, TX, USA, has closed on a $10.4 million Series A financing round with Tinicum L.P. and several other private investment partnerships advised by Tinicum Inc. to help accelerate the market expansion of its Gas Cloud Imaging cameras (“GCI”).

The GCI is a new generation of gas leak detection technology for oil rigs and refineries, which can identify and quantify gas leaks within the digital image in true real-time, 30Hz) video. With full scene coverage, the camera enhances safety and operations, lowers the risk of explosions, and improves facility downtime by improving distinctions between actual events and false alarms.

Robert Kester, CTO and co-founder of Rebellion, said, “We are excited to grow Rebellion so that we can continue to make oil rigs and refineries safer places to work.” Trip Zedlitz, a partner at backer Tinicum, said, “We believe that Rebellion has developed a unique and compelling solution offering real-time operational, safety, and regulatory benefits to its customers.”

Rebellion Photonics was named “WSJ Startup of the Year” last November, beating two dozen other young companies, for the development of its GCI Camera.

The startup, which was jointly founded by Allison Lami Sawyer and Robert Kester, develops cameras that can spot poisonous and potentially explosive gas. The cameras can detect at least 20 different gases simultaneously and in real time. Established in 2009, the company began its first full-scale installation in 2013.

Rebellion was one of 24 startups chosen by editors of The Wall Street Journal to participate in the “WSJ Startup of the Year” documentary.