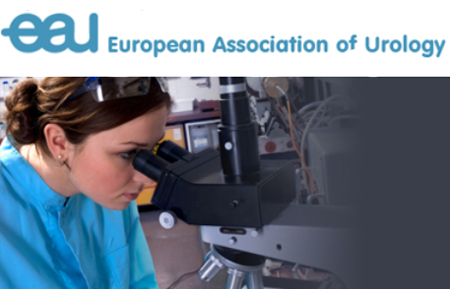 Neither the total nor the core diameters of laser fibers correspond to the advertised laser fiber diameter, reveals a new study investigating lasers used for urological surgery. Furthermore, there are "serious differences" between supposedly equal dimensioned fibers from different manufacturers.

The study, conducted by Dr. Peter Kronenberg of Hospital Fernando Fonseca in Amadora, Portugal, and Prof. Olivier Traxer of the Hôpital Tenon in Paris, France - both members of the European Association of Urology - aimed to objectively measure the diameter ranges of laser fibers of supposed equal thickness by different brands.

According to Kronenberg, who this month presented the findings at the Second Meeting of the EAU Section of Urolithiasis (EULIS) in Copenhagen, Denmark, urologists (among many others) need to know the exact technical specifications of the material they use: “If the information conveyed to them, whether written on a product label or transmitted by an industry representative, is incorrect, their judgments and the decisions they make based on this knowledge may have surgical repercussions,” he explained.

“And yet our measurements and survey suggest that most information conveyed to urologists regarding laser fiber diameter is incorrect and that the large majority of industry representatives are not aware of the real diameter of the laser fibers they represent.”

The findings should warrant attention from the urological community, as larger than advertised laser fibers influence irrigation flow, visibility, scope deflection and stone retropulsion. The study won the Clinical Research Award at the 2nd EULIS meeting.

In the course of the study 14 different brand-new laser fibers of 6 leading brands (with advertised diameters of 200, 270, 272, 273, 365, and 400 µm, including single use and re-usable fibers) were assessed through light microscopy. Multiple measurements of both the total diameter (including fiber coating) and the fiber core diameter were performed and compared to their respective advertised diameter.

A 10% diameter deviation was considered as the maximum tolerance margin to be acceptable due to manufacture procedures. In addition to that, representatives of those brands at the top two major urology congresses were questioned on what the real diameter of their fibers were and if said diameter was the total diameter or only its core. 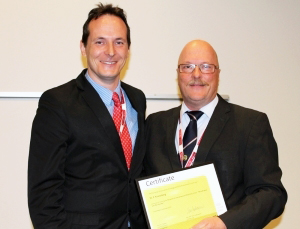 If the advertised diameter corresponds to the fiber core diameter, only one fiber respected the 10% margin, the rest of the fibers having a median increase in core diameter of 30.9% (range 16.7-80.1%). The measurement of core diameters of fibers with a supposed equal diameter revealed differences of up to 100 µm in core diameter between manufacturers.

Kronenberg added, “Due to the ever increasing miniaturization of the instruments today, small differences in laser fiber diameter have repercussions on flexibility, irrigation flow and indirectly on visibility and operating time of ureterorenoscopy. And we detected differences in all fibers tested, sometimes well over 100%.”

Referring to the implications of the study, Kronenberg explained that such large discrepancies found in the course of the study might warrant the researchers to look into other technical specifications of these and other materials used in endourology. “It is highly necessary to see if the materials we use are in conformity with the provided information and if there are significant inter-manufacturer differences between materials with supposedly equal characteristics.”