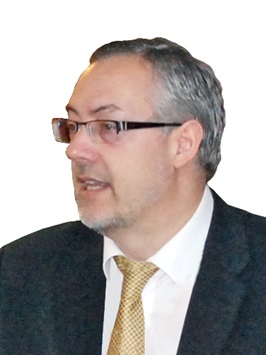 Vosloo, who starts in his new role on October 1, joins following the sale of EI to Hong Kong-listed Techcomp Holdings earlier this year.

He joins EI after nine years at Oxford Instruments Plasma Technology. Prior to that, Vosloo had worked at a number of photonics companies including Linos Photonics, Horiba Jobin Yvon, Photonics Materials and Spectrum Scientific.

Announcing the appointment, the Techcomp Europe CEO Chris O’Connor said: “We are delighted to appoint someone with Mark’s experience to lead the business into its next phase of growth. His background and skills are a perfect fit with the dedicated and highly qualified team in Scotland.”

In addition to EI’s products, Techcomp sells a range of spectroscopy equipment including Raman and fluorescence tools, and Vosloo’s experience in this application area appears to be critical as the company looks to grow.

In EI’s release Vosloo, who will be based at the firm's offices and factory in Livingston, commented: “EI’s reputation for delivering advanced instruments to support some of the most innovative fluorescence lifetime research is renowned all over the world.”

“With recent investments from Techcomp, EI is poised to add a number of exciting new platforms and technologies and I am excited about being part of the team to deliver these to our customers.”

Formed as the very first spin-out from Edinburgh's Heriot-Watt University as long ago as 1971, EI now occupies a 12,800 sq.ft. facility just outside the city and employs 65 people.