Infrared and low-cost optics expected to accelerate the Florida company’s growth next year. 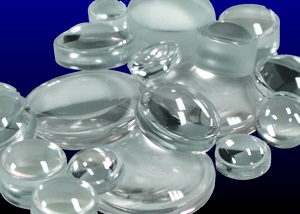 LightPath lenses: sales are up

Thanks to what CEO Jim Gaynor described as strong demand across a broad base of market segments, LightPath’s sales increased 4 percent year-on-year to $11.8 million in the 12 months ended June 30.

“This increase was primarily attributable to revenue from precision molded optics for the telecommunications and laser tool markets and custom optics,” the firm announced in its earnings statement.

Further growth anticipated in those applications is set to be augmented by the introduction of new infrared optical components in the current fiscal year, although the company did not issue any specific financial guidance.

Growth cycle
CEO Gaynor said that he believed the market for optics was merely at the start of a multi-year growth cycle driven by four specific trends, namely: expansion of cloud computing; digital technology used for video distribution; expansion of wireless broadband; and machine to machine connection.

The CEO went on to cite the proliferation of mobile device usage, which shows no sign of abating, and video streaming applications in particular as key reasons behind growth in network traffic, while machine-to-machine communications is set to add yet more demand for bandwidth and thus optical connectivity.

In the field of infrared optics, where LightPath has recently hired former Ophir executive Glenn Breeze as its new worldwide infrared sales manager, Gaynor says that LightPath has a competitive advantage with its molding process.

“Due to LightPath’s investment in technologies and process improvements that have significantly reduced the cost of optical components and increased manufacturing output, we now have exposure to what we believe is a segmented addressable market of $100 million annually for infrared optics, derived from an overall infrared systems market estimated to be at $35 billion,” the CEO reckons.

Despite that positive message, investors seemed less impressed with the company's performance, and LightPath's stock was trading down by as much as 8 percent in early trading on September 6.