Germany-based organic LED materials specialist is bought out in a deal valuing the firm at €260 million. 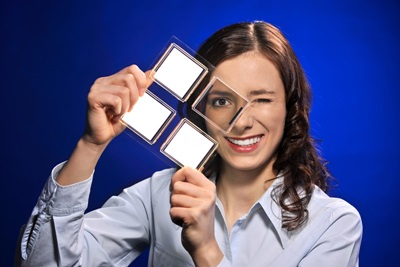 Samsung, already the world leader in the manufacture of organic LED (OLED) displays for consumer electronics, is set to increase its focus on the technology with the acquisition of Germany’s Novaled.

The giant Korean company will directly acquire a 40% stake in the venture-backed materials company. That will add to the 10% stake already owned by Samsung’s own venture investment arm, while Cheil Industries – a Samsung affiliate company – will take a majority stake of approximately 50%.

The transaction values Novaled at a total enterprise value of €260 million, including a €30 million contingent payment that is conditional on certain milestones.

Cheil Industries’ CEO Jong-Woo Park said of the deal: “Leadership in [the] future display market will be determined by technological capacity. This acquisition is expected to generate significant synergy in new-generation OLED materials research and development, and will play a critical role in enhancing Cheil Industries’ market position as a global leader in electronic materials.”

One of Novaled’s selling shareholders says that the acquisition represents “one of the most successful venture capital investments in Germany”.

Paul-Josef Patt, the CEO of eCAPITAL and a lead investor in Novaled since early 2009, added: “The transaction with Cheil Industries and Samsung Electronics completes a partnership that started in 2011 with Samsung Venture Investment becoming a strategic investor in Novaled.”

Michel de Lempdes, a partner at Omnes Capital – an investor since 2005 – said: “This marks the start of a new era for Novaled’s development both in the display and lighting markets. As a 2005 lead investor in Novaled, and having contributed to the company’s key strategic decisions, we welcome the merger with Cheil Industries.”

Proof of doping capability Jan Blochwitz-Nimoth, one of the founders of Novaled, originally a spin-out from the Technical University of Dresden and the Fraunhofer Institute for Photonic Microsystems, is also set to sell his share in the firm. In a statement, he said:

“This transaction is an important milestone in the development of Novaled: the proof of the capability of the doping technology to advance the performance of OLED devices. With this target in mind, we founded Novaled back in 2001.”

Since that time, Novaled has emerged as one of the leading players in OLED materials, advancing the technology and developing active, light-emitting materials with increasingl efficiencies, longer lifetimes and greater stability.

As a result, OLED technology has started to become a serious option in large-scale displays and lighting applications – although it currently remains a very high-end and expensive alternative in all but the mobile device sector.

Novaled generated revenues of €26 million in 2012, meaning that the deal values the company at around ten times its annual revenues. That high valuation will have been predicated largely on the company’s strong intellectual property (IP) position, which includes more than 500 patents granted or pending.

OLED market growth
While the OLED market is currently restricted almost entirely to applications in mobile displays, that looks likely to change following the commercial launch of televisions based on OLEDs by Samsung, LG, Sony and others. Early versions from Samsung are now available at a cost of more than $10,000 each, but that cost should drop as production is scaled up.

DisplaySearch reckons that the global market for OLEDs will grow rapidly - from $6.8 billion in 2012 to $20 billion by 2017. However, the market research firm adds that OLED TVs will remain much more expensive than LCD panels for the next couple of years at least.

Earlier this summer the market analyst company said: “Current manufacturing costs for active-matrix OLED display panels are estimated to be almost seven times higher than costs for the LCD panels.”

“The estimated total manufacturing cost of a full-HD 55-inch panel [was] $2,454 in Q1’13, due to low manufacturing yields,” explained Tadashi Uno, the director of materials and components market research at DisplaySearch. “As yields improve, the cost is expected to fall significantly over the next two years, but will remain much higher than equivalent LCD panels.”

Assuming that the Novaled deal is approved by competition authorities, the firm’s new majority shareholder Cheil Industries plans to grow Novaled’s existing research activity, and says that a substantial part of this operation will remain in Dresden.

Gildas Sorin, the CEO of Novaled, said: “We are very pleased to welcome Cheil Industries and Samsung Electronics as our new owners. Cheil Industries and Novaled are complementary – the alliance will help both parties to contribute and fully leverage its strengths for the benefit of the whole OLED industry.”