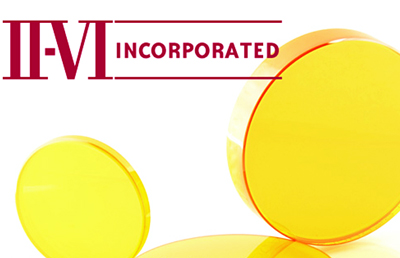 The company also announced its exit from tellurium and selenium businesses, and that it had completed the takeover of of previously partial subsidiary HighYAG, Stahsdorf, Germany.

Francis Kramer, president and CEO commented, “We are pleased to report record revenues for the fourth quarter and fiscal year 2013. As global industrial customers continued to use and deploy CO2 lasers, Infrared Optics bookings for the quarter increased 10% on the same quarter last year.

“During this fiscal year, we established a new record for cash flow from operations: $107.6m, 22% over the previous record of 2012. Free cash flow for fiscal 2013 was $82.3m. We are now set to capitalize on the three recent acquisitions and look forward to a successful year in fiscal 2014.”

“We have made the difficult but necessary decision to refocus our subsidiary Pacific Rare Specialty Metals & Chemicals on processing rare earth material and providing a crucial raw material, selenium metal, for use by II‐VI Infrared Optics. Ceasing the commercial production and sale of tellurium and selenium chemicals substantially reduces our future exposure to volatility of tellurium and selenium index pricing.”

”In fiscal year 2014, once these product lines cease their sales and production activities, the company will present the tellurium and selenium chemicals business as a discontinued operation.”