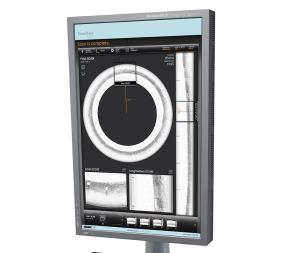 The potential value of optical coherence tomography (OCT) in applications beyond its established presence in ophthalmology has been clear to developers for some time, with significant strides being made in both imaging depth and scan rate.

One attractive example is its use in imaging the soft tissues of the gastrointestinal tract and examining pre-cancerous conditions such as Barrett's esophagus, where conventional white light endoscopy suffers from a number of drawbacks.

Launched commercially earlier in 2013, the NvisionVLE system from NinePoint Medical allows clinicians to evaluate the esophageal tissue microstructure with OCT during a standard endoscopy procedure.

The search led the company to Massachusetts General Hospital, where NinePoint's attention had originally been drawn to developments under way in Raman imaging technology. After hearing of advances in OCT at the hospital's Wellman Center for Photomedicine, the company switched tracks, and set about bringing that technology to market.

The OCT implementation in the NvisionVLE system captures a cross-sectional scan of the esophagus to a depth of 3 mm beneath the mucosa, at a resolution of 7 microns. It can image 6 cm lengths of the esophagus, thanks to a design in which the optical probe is retracted within the tip of a balloon catheter while performing its circumferential sweeps.

"Ours is the only device that uses high-speed Fourier-domain OCT and incorporates rotation and pull-back of the optics, scanning 6 cm of the esophagus in 90 seconds," said Carignan. "It is the only one available for this type of application in soft tissues."

As is often the case with bioimaging breakthroughs, advances in the optical system have gone hand in hand with faster data handling and processing power. The NinePoint system presents its imaging results to the clinician in almost real-time; the time-lag between the laser hitting the tissue and the image appearing on-screen in around 20 milliseconds, largely due to software improvements and the speed of modern GPUs.

The NvisionVLE arrives at a time when the limitations of basic endoscopy to identify diseases of the esophagus are becoming apparent.

"Within certain diseases, such as Barrett's esophagus and some diseases in the lung, it can be very difficult to see the critical tissue characteristics under standard white light endoscopy," noted Carignan. "Often there may not actually be any change at the surface. What is needed is a way to look deeper."

A recent study of patients under surveillance for pre-cancerous Barrett's esophagus confirmed that many went on on to develop cancer while they were still being monitored for Barrett's, according to Carignan. Clearly cancers are not being spotted early enough with white light.

Other studies have shown that monitoring the recovery of patients given radiotherapy can also be tricky with conventional endoscopy, as the healing process itself can make clear imaging of the relevant indications more difficult. NinePoint Medical believes that bringing high-speed OCT to bear can help with this too. 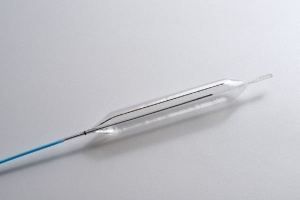 Clinicians must be comfortable
Rapid improvements to in vivo optical examinations of biological tissues has ensured that optical biopsy remains a hot topic.

NinePoint's Carignan agreed that new imaging systems would give clinicians more visual information than ever before, but sounded a warning note about how these ambitions would fit with real-world clinical practice.

"Currently we use the technology as an imaging tool to identify areas of suspicion and then direct biopsies or treatment at that area," he said. "Using it as a true diagnostic, an optical biopsy, will be largely a question of ensuring clinicians are comfortable with the imaging and have confidence in what they are seeing."

That will involve a degree of cultural change within the clinical environment, something technology developers may not always appreciate as they drive the optical systems to new levels of performance.

"Optical biopsy certainly has the potential to find big applications in certain area, but it involves taking a physician who is fundamentally a treatment doctor and turning him into a pathologist," commented Carignan. "That is not necessarily a comfortable place for them to be."

In the meantime, NinePoint anticipates expanding NvisionVLE applications beyond the current focus on inspection of the gastrointestinal tract, and using the technology to image other areas such as the bile duct and the lungs.

"These technologies will continue to evolve, and we will develop new algorithms that help identify features that are suspicious for disease," said the NinePoint CEO. "We believe that doctors are going to start using it in ways that we haven't envisioned at this point. But that will involve a lot of validation too, building confidence that the imaging ability is accurate enough to rely on. That is the biggest hurdle."