But the precision optics and optical metrology company sees signs of a semiconductor rebound. 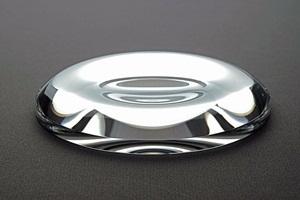 Zygo has posted a net profit of $7.9 million for its full fiscal year 2013, down sharply from the figure of $43 million reported a year ago.

That reflected the continuing low level of demand coming from the semiconductor sector, which accounts for some 40% of the company’s sales either directly or indirectly – and most obviously through Zygo’s high-precision optics used in lithography applications.

The ongoing trough of demand from semiconductor equipment makers, which began in early 2012, saw Zygo’s annual revenues drop 10% to $149.4 million in the year ended June 30, compared with fiscal 2012.

But Chris Koliopoulos, Zygo’s CEO, declared himself pleased with the result nonetheless, commenting in a company statement:

"Zygo did well to generate a reasonable profit in fiscal 2013, in a challenging and changing economic environment which resulted in below-target revenue.”

The good news for the Middlefield, Connecticut, company is that bookings have picked up recently – just last week it announced a new $2 million order for high-precision assemblies from a key equipment maker – amid signs that the semiconductor sector is finally gathering some momentum. Backing up that theory are the latest book-to-bill figures for the North American semiconductor equipment industry, which show a continued recovery.

“We enter fiscal 2014 with a strong backlog,” Koliopoulos continued (official backlog as of June 30 of $89 million was up from $68 million the prior year). “New products we developed in support of the 450 mm wafer size transition in the semiconductor equipment market are being adopted by our customers, and initial orders have been booked in the last half of fiscal 2013.”

“We anticipate production orders to begin later in fiscal 14 and continue as 450 mm wafer semiconductor tools are delivered in quantity.”

Tucson build-out
Koliopoulos, adding that the market trough “now appears [to be] behind us”, also pointed to the company’s construction of a new 110,000 ft2 manufacturing facility in Tucson, Arizona, that is expected to provide a boost to company profits by replacing two older facilities with a more streamlined operation.

With bookings in the closing quarter of the year rising nearly 20% on the same period last year to reach $42 million, Koliopoulos is hopeful of building on that momentum with new products, saying:

“Within our core metrology business we will soon be introducing new innovative products which we expect to not only increase market share but also expand the markets we are targeting.”

However, Zygo gave no financial guidance for forthcoming financial quarters, and in early trading following the earnings announcement the company’s stock slipped back slightly to $14.50 – equivalent to a market capitalization of just under $270 million.