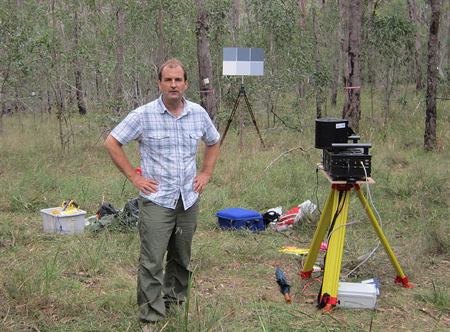 Research at the University of Salford, UK, is measuring the effects of climate change on forests – using a novel laser-based device which provides the most detailed data on forest vegetation structure ever produced.

It has long been suggested that increased levels of carbon dioxide in a warmer atmosphere are changing the way forests grow. Scientists have noted earlier and increased growth of leaves, but until now measurements have been imprecise.

Replacing the less accurate method of taking photos from the ground and estimating biomass is the new Salford device, called the SALCA, which fires millions of laser pulses into the forest canopy. Since two wavelengths are used, the scanner is able to record the difference between denser materials like tree trunks and the quicker growing leaves and needles that are relevant to climate study.

The SALCA blog follows the group’s research, which is funded by the UK's Natural Environment Research Council and involving University College London and UK Forest Research.

Within 25 minutes the SALCA (Salford Advanced Laser Canopy Analyser) obtains the most detailed three-dimensional picture of forest canopies ever recorded. Armed with this comprehensive data set, climate scientists can accurately compare growth to detailed climate change models and create records of plant lifecycles. The device can also be used to measure the moisture content of leaves in order to provide information about the likelihood of forest fires. 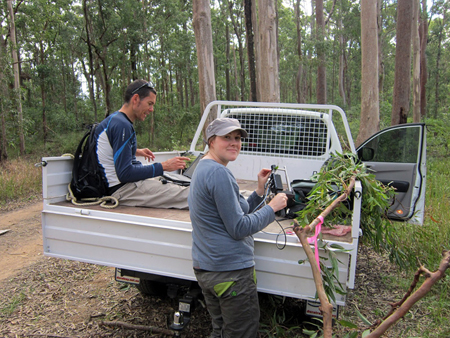 Wood news: Rachel and Mat Disney of UCL use an ASD Fieldspec.

Professor Mark Danson, from the University’s School of Environment & Life Sciences, has been granted a Royal Society Leverhulme Trust Senior Research Fellowship which will enable him to spend the next year refining SALCA. He recently returned from Australia where he ran field experiments to compare SALCA with instruments being developed by groups from the US and Australia.

Danson commented, “Data on carbon dioxide and temperature changes is very advanced and detailed but until now we have lacked a similar level of clarity in terms of the effects of these changes on forest vegetation growth.”

“SALCA can provide more detail and more quickly than previous methods, which will have a significant impact on how we predict the effects of climate change on our forests.”