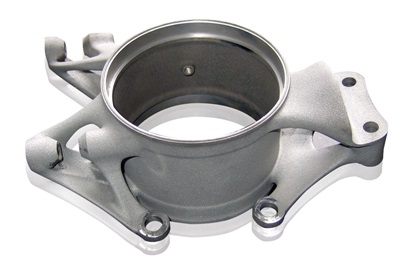 The knuckle, pictured, is a fundamental part in a car's front axle, connecting the tie rod, suspension, brake and wheel. It transmits all the forces from the wheel to the vehicle chassis, meaning that it has to be strong. For motor racing, it also needs to be light.

According to EOS and Rennteam, for the knuckle this is especially important, as the component forms part of the “unsprung” mass of the vehicle. Lower weight below the suspension improves shock absorption, enhancing handling and bringing down lap times.

They add that conventional production technologies offered the Stuttgart race team too little flexibility in their search for the perfect weight-strength balance. Rennteam’s Yannick Löw explained: “The wheel mount we had been using over the last few years was a good compromise, but we were sure we could improve on it.” 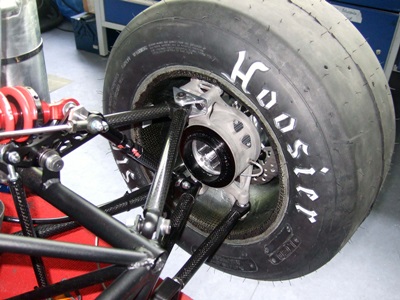 “We previously produced the part using an aluminum precision casting process, which led to limitations in freedom of design, notably that the part had to be solid throughout. Investigation into new, innovative ways of manufacturing the steering stub axle led us towards additive manufacture and EOS, which agreed to support us.”

Variable density cuts weight
In the design phase the Rennteam engineers used CAD software from the UK firm Within Technologies, an EOS partner that has developed software specifically for the additive manufacturing process.

The software allows 3D printing of structures with variable density, imitating examples found in the natural world. This meant that the Rennteam constructors were able to leave the knuckle's structure solid in the places where strength was paramount, but also to leave hollow areas where it would be more beneficial to lower the part’s weight.

The steering knuckle was then made from aluminum (AlSi10Mg) powder at EOS' headquarters in Krailling, near Munich.

As well as optimizing the component’s design, development and production time was also significantly shorter compared with conventional processes, says the team. That’s partly because with direct metal laser sintering there is no need to make a mold to cast the metal part.

In fact, the entire manufacturing process, from design through to fabrication of the finished, fully functional component is more precise than before, so less time is spent reworking and refining the part.

Rennteam says that the weight of the laser-sintered knuckle was 660 grams less than the conventional one that it replaced, a saving of 35 per cent. At the same time, its rigidity was increased by 20 per cent. 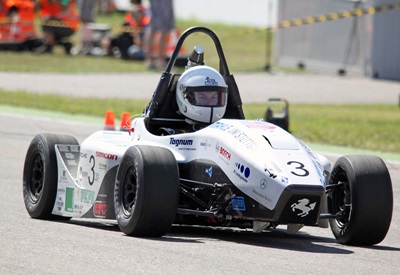 “These are big numbers in motorsport, and translate into faster lap times and reduced fuel consumption,” added the team, and there was proof of that as Rennteam Uni Stuttgart won the final race of the Formula Student series last year at the Hockenheimring, and were crowned Formula Student Germany Champions for 2012.

Löw said: “We were thrilled to bring the Formula Student Germany title to Stuttgart. The freedom in the manufacturing process offered by direct metal laser sintering technology from EOS played an important role in our success.”

“The allure of new technologies like additive manufacturing is central to inspiring young people to take a serious look at a career in engineering.”