US academic partnership could help treat TB, cancer, based on visible spectrum analysis. 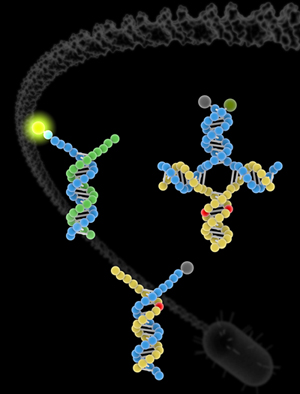 DNA complexes at different stages of reaction testing for mutations.

The slightest variation in a sequence of DNA can have profound effects. Modern genomics has shown that just one mutation can be the difference between successfully treating a disease and having it spread rampantly throughout the body.

Now, researchers at Washington State and Rice (Houston, TX) universities have developed a new method to inspect a segment of DNA and pinpoint a single mutation, which could help diagnose and treat diseases such as cancer and tuberculosis. These small changes can be the root of a disease or the reason some infectious diseases resist certain antibiotics. The findings were published online this week (July 28) in the journal Nature Chemistry.

“We’ve really improved on previous approaches because our solution doesn’t require any complicated reactions or added enzymes, it just uses DNA,” said lead author Georg Seelig, a University of Washington assistant professor of electrical engineering and of computer science and engineering. “This means that the method is robust to changes in temperature and other environmental variables, making it suitable for diagnostic applications in low-resource settings.”

As genomics research progresses, it is apparent that a change of just one base pair – a sequence mutation, an insertion or a deletion – can be enough to trigger major biological consequences. Considering, for example, tuberculosis – a disease that’s known to have drug-resistant strains. Its resistance to antibiotics often is due to a small number of mutations in a specific gene. If a person with tuberculosis is not responding to treatment, it may well be because there is a mutation, Seelig said. Now, the researchers say they have the ability to check for that mutation preventatively.

Seelig, along with David Zhang of Rice University and Sherry Chen, a UW doctoral student in electrical engineering, designed optical probes (working in the visible spectrum) that can identify mutations in a single base pair in a target stretch of DNA. The probes allow researchers to look in much more detail for variations in long sequences – up to 200 base pairs – while conventional methods can detect mutations in stretches of up to only 20. 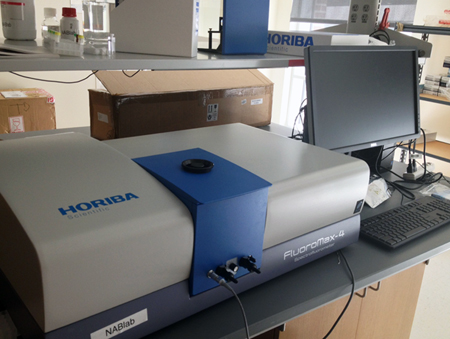 Zhang explained the technique to optics.org, “Briefly, there's a broad spectrum lamp which is filtered via monochromators to give single wavelength length, which is used to illuminate a water-based solution sample containing DNA. If the DNA is of the intended sequence, it reacts with our custom molecular probes to yield a fluorescence signal at a different wavelength, which is then captured by a photodiode or photomultiplier tube.

”Georg Seelig and I are continuing to collaborate on translating this work into useful products – such as a diagnostic kit for infectious disease testing, particularly drug resistance. We already have a provisional patent filed for this, and are starting to speak with representatives from a few companies.”

The testing probes are designed to bind with a sequence of DNA that is suspected of having a mutation. The researchers do this by creating a complimentary sequence of DNA to the double-helix strand in question. Then, they allow molecules containing both sequences to mix in a test tube in salt water, where they naturally will match up to one another if the base pairs are intact. Unlike previous technologies, the probe molecule checks both strands of the target double helix for mutations rather than just one, which explains the increased specificity.

The probe is engineered to emit a fluorescent glow if there’s a perfect match between it and the target. If it doesn’t illuminate, that means the strands didn’t match and there was in fact a mutation in the target strand of DNA. The researchers have filed a patent on the technology and are working with the UW Center for Commercialization. They hope to integrate it into a paper-based diagnostic test for diseases that could be used in parts of the world with few medical resources.

The research was funded by the National Institutes of Health, the National Science Foundation and the Department of Defense’s Advanced Research Projects Agency.