NTU Singapore invention is based on vibration and optical sensing technologies. 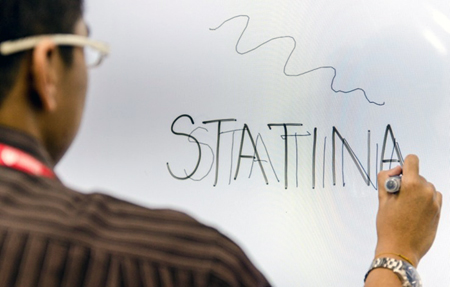 A low cost system developed by Singapore's Nanyang Technological University (NTU), based on the principles of vibration and imaging, can track the movements of multiple fingers or other objects, can turn a whiteboard, glass window or even table top into a responsive, touch sensitive surface.

Retrofitting the new system onto existing flat-panel TVs will transform them into new, touch sensitive display screens, at only a fraction of the cost of new touch-sensitive display screens. Once hooked up to a computer, the modified TV screens can function as interactive billboards, local directories or even as a "digital whiteboard" that will track what is drawn or written upon it.

NTU Assistant Professor Andy Khong, who led the research, says this award-winning system has been proven on different types of large surfaces. The team won the Engineering Achievement Award 2012, presented by The Institution of Engineers Singapore (IES) last December.

“Our innovative system is able to transform surfaces such as wooden tables, aluminium, steel, glass and even plastics into low-cost touch screens. It means in future, you could play computer games or draw sketches on walls or windows since almost all surfaces can be made touch-sensitive with our system,” says Prof Khong.

The technologies developed for the system have already led to several academic publications, patents and conference papers. The latest research findings were published earlier in July 2013 in the Institute of Electrical and Electronics Engineers (IEEE) journal.

Witha small number of economical vibration sensors and a specially developed algorithm, the system can pinpoint the location of a light tap on any surface. When further equipped with low-cost web-cameras, the STATINA system can also track the movements of multiple fingers or objects on any surface.

Since sound waves propagate through matter at a certain speed, it is possible to derive the location of the touch based on when each sensor picks up the signal, Prof Khong added. In addition to understanding the mechanics behind solid wave propagation, the NTU scientists have developed a unique signal processing algorithm to figure out the exact location of the initial point of impact.

STATINA is the culmination of Prof Khong’s research spanning the last four years. He and his team of researchers are now working to commercialise their invention by developing a more compact system and expanding its capabilities to include tracking of fingers and stylus movements using optical cameras. So far, they have tested their system on surfaces such as wooden tables, aluminium, steel, glass and plastics.

Matthew Peach is a contributing editor to optics./org.