e2v to supply imaging sensors to equip the Sentinel 4. 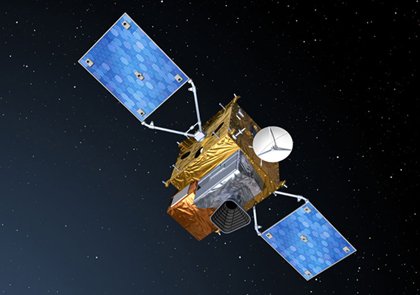 e2v will supply imaging sensors to equip the European Space Agency’s Sentinel 4 Ultraviolet Visible Near-infrared instrument, which will gather data on the quality of the Earth’s atmosphere and its chemical composition from geostationary orbit.

Sentinel 4 is part of the Global Monitoring for Environment and Security initiative, which is a joint undertaking of the European Commission and the European Space Agency.

The program will deliver environmental and security services in Europe, in response to the ever-increasing demands for effective environmental policies. ESA is responsible for the Space component of GMES, of which the five families of Sentinel missions are key components.

Within this program, Sentinel 4 will be carried into orbit onboard the Meteosat Third Generation geostationary satellite and enable seamless observations of Europe and North Africa to be taken hourly.

e2v’s space qualified, custom CCD image sensors will be produced using cutting edge technologies, including back illumination, which achieves the best Quantum Efficiency and Modulation Transfer Function over the wavelength range of interest for this hyperspectral imaging system.

The sensors are mounted in an e2v designed package assembly, which manages the electrical, thermal, mechanical and optical interfaces to the instrument. The contract is being undertaken out with funding from the European Union.

Hans Faulks, General Manager, High Performances Imaging, at e2v, said “We are delighted to sign this contract with Astrium. It demonstrates how e2v’s imaging technology for Earth observation applications is well recognized and adds to more than 100 Earth observation programs running with our high performance imaging sensors.”