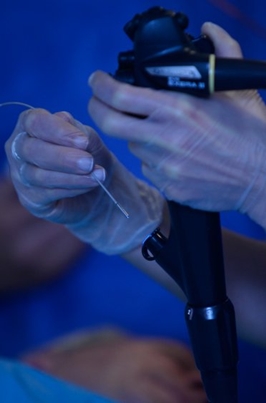 Mauna Kea Technologies, the company whose confocal laser probe has been developed for early detection of abnormal cells and cancer, has reported a sharp increase in sales and shipments.

In its latest financial quarter, which ended June 30, the Paris-listed firm posted sales of €2.54 million, up 33% on the same period last year.

That increase was mainly due to higher sales of Mauna Kea’s flagship ‘Cellvizio’ system to hospitals and clinics, which jumped 23% on last year to slightly under €2 million. Sales to pre-clinical research laboratories also rose sharply, up 86% to €0.54 million in the latest quarter.

The company says that it sold 22 Cellvizio systems in all during the quarter, up from only 12 systems a year ago and bringing the global installed base of the optical biopsy units in clinical use to 211. Including both clinical and pre-clinical systems, the installed base now stands at 315.

Sales of ‘miniprobes’, which Mauna Kea describes as the primary indicator of Cellvizio adoption and utilization by clinicians, also increased by 33%, with the company selling 165 probes. That figure was boosted by the US commercial launch of the company’s new “AQ-Flex 19” miniprobe, said to be the first optical biopsy probe designed to work during needle-based procedures.

Another key development resulted from the late-2012 launch of Cellvizio in China, with second quarter sales in the Asia-Pacific geographic region nearly quadrupling to € 0.63 million. Mauna Kea is also partnering with Japan’s Fujifilm in the region, and last month signed an exclusive five-year distribution deal with AMCO to target the Japanese market.

Probe technology
The Cellvizio platform comprises a tiny confocal laser microscope that is compatible with a standard endoscope, and able to produce optical “slices” of tissue that can highlight cell abnormalities in a similar way to a conventional biopsy but without the need to physically remove the tissue. 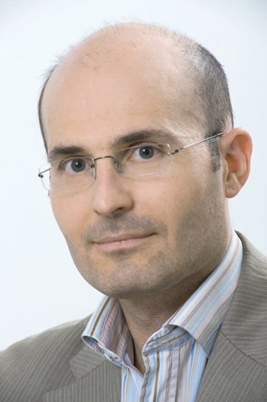 It operates in real time, producing video images at a rate of 12 frames per second, and is available in versions designed for endoscopes used to investigate tissue in lungs, the colon, pancreas, gastro-intestinal (GI) tract and elsewhere.

Recent research published in the British Journal of Anaesthesia also suggests that the technology could in the future be used for real-time monitoring of the effectiveness of sepsis treatment in a clinical setting.

Mauna Kea’s CEO and founder Sacha Loiseau said of the latest financial results: "We believe that with this solid 33% growth and with our efforts to restructure the US sales team nearly complete we are poised to return to dynamics more in line with our ambitions for growth."

"Despite ongoing pressures in the macroeconomic environment, we achieved the second highest [sales] quarter in our history, demonstrating the relevance of our business model. The growth in Asia-Pacific, fueled by the successful Cellvizio launch in China, indicates we are on the path to success in the Asian market.”

“The rise of miniprobe sales highlights the growing global adoption of optical biopsy as an important tool to facilitate the diagnosis and treatment of patients with various kinds of cancer and disease.”