Photonics pioneer built the precursor to the laser with Charles Townes. 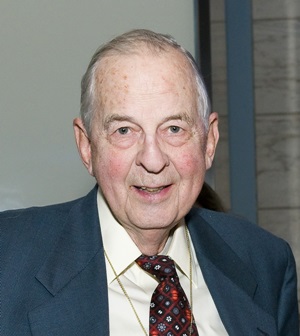 The scientist James P. Gordon, recognized as a central figure in the early days of laser technology, has died at the age of 85.

Gordon was best known for his part in developing the maser, an acronym describing microwave amplification by stimulated emission of radiation and a forerunner of the now-ubiquitous laser.

He was a doctoral student at Columbia University in New York when, along with Herbert Zeiger and supervisor Charles Townes – who went on to develop the first optical laser with Art Schawlow and Theodore Maiman – he co-published details of the first ammonia maser in 1954.

Albert Einstein had first predicted the principle of stimulated emission in 1917, and Gordon was among the pioneers to demonstrate that the scientific principle could be replicated in the laboratory.

The Columbia team’s ammonia maser produced an amplified beam of coherent microwaves at a frequency of 24 GHz. Unlike the optical laser, these devices have not gone on to widespread application, although they are used as frequency standards and represented a crucial step in the development of the laser.

The Optical Society (OSA) CEO Elizabeth Rogan said of Gordon’s influence: “Jim’s contributions to optics and photonics, beginning in the 1950s with his co-invention of the maser, were crucial in shaping several areas of the field as we know them today - including quantum electronics, laser science and optical communications.”

Aside from building the first maser, Gordon conceived and provided the theory (along with Gary Boyd) of confocal resonators, fundamental to the modern analysis of Gaussian laser beams and optical cavities that are critical to the design and operation of lasers. 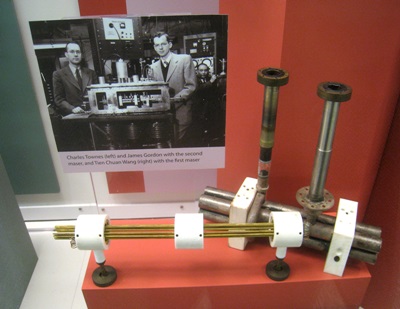 Those and other contributions earned Gordon a series of honors and awards, including the OSA’s Charles Hard Townes Award (1981), Max Born Award (1991), Willis E. Lamb Award (2001) and Frederic Ives Medal (2002).

Gordon, who became an OSA Honorary Member (the organization’s highest accolade) in 2010, and was also a senior member of IEEE, as well as a member of the US National Academy of Engineering, the National Academy of Sciences, and the American Physical Society, is survived by his wife Susie and their three children.