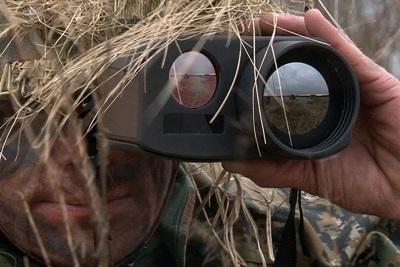 The Germany-headquartered photonics company Jenoptik is to provide defense group Rheinmetall with a further 62 thermal imaging target acquisition systems by the end of this month, the two companies have announced.

In a deal worth €5.5 million, Jenoptik will also deliver more than 300 erbium laser rangefinders to Rheinmetall over the next three years.

The “NYXUS BIRD” target acquisition kit is described as a handheld multifunctional system that weighs only 1.5 kg but comprises a thermal imager, rangefinder, GPS and a digital compass. It includes infrared optics, so can be used day and night.

These systems are set to be integrated into the “GLADIUS” program, an upgrade to equipment used by the German Armed Forces previously known as the “Future soldier – extended system” program.

“The order from Rheinmetall, one of the leading systems companies, shows that we are at the forefront of innovative sensor systems, even in times of falling defense budgets,” said Jenoptik CEO Michael Mertin in a company statement.

Jenoptik has long-standing expertise in the field of military reconnaissance systems, and earlier this year its US subsidiary agreed a similar $1.3 million supply deal with the US Marines.

However, spending delays in the defense sector have had an impact on the company recently. Last month, Jenoptik’s defense and civil systems business division posted a 9% year-on-year decline in sales for the first quarter of 2013.