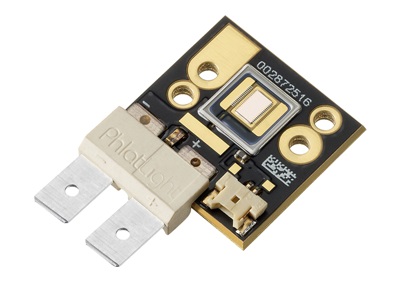 Luminus Devices, the Massachusetts-based developer and maker of high-brightness LEDs, has been sold to the Chinese company Sanan Optoelectronics.

Technically Luminus, which was spun out of the Massachusetts Institute of Technology (MIT) by Alexei Erchak and colleagues back in 2002, has signed a merger agreement with Lightera Corporation – a wholly owned US subsidiary of Sanan.

“Luminus will operate as an independent business unit and subsidiary of Lightera,” announced the company in a statement. “The business will operate with added and expanded capability, financial backing and access to a world-leading operating company, all coupled with a global R&D team focused on enabling the lighting world with LED technology.”

Through the deal, Luminus gains access to Lightera's research and development center in California, as well as Sanan’s own corporate research efforts.

“Luminus has been searching for the right partner that would add to our extensive intellectual property, allow for expansion of our global operations and would be additive to our market-leading position in many segments of the worldwide specialty lighting market,” said Keith Ward, the president and CEO of Luminus Devices. “This relationship with Lightera and Sanan will allow us to expand our capabilities through new access to technical and financial resources well beyond our current position.”

VCs burned?
According to unconfirmed reports, the deal valued Luminus at $22 million. If true, that would represent a significant loss for the venture capitalists who invested around $150 million in the company over the past decade. They included Braemar Energy Ventures, CMEA Ventures and Paladin Capital Group.

A $38 million equity round completed in May 2006 was followed up with deals for $72 million in March 2008 and $19 million in February 2012. As recently as April 2013 the company raised a further $7 million in debt financing, Luminus’ filings with the US Securities & Exchange Commission (SEC) show.

The company was founded on the basis of its proprietary “photonics lattice” technology, dubbed “PhlatLight”, with Luminus initially targeting applications in television illumination. However, the rear-projection TV designs from Samsung that utilized Luminus’ large LED chips failed to take off commercially, ultimately losing out to flat-screen LCDs.

More recently, Luminus has turned its attention to applications in general lighting, entertainment and small projection displays. It has also introduced a range of high-flux ultraviolet LEDs for medical uses like photodynamic therapy, air and water purification and scientific research.

Decai Sun, the chairman and CEO of Sanan’s Lightera, said of the Luminus deal: “As a leader in the specialty lighting market, Luminus Devices provides us with proven, state-of-the-art technology that will allow Lightera to expand both our US and international offerings.”