Alain Couder, the Oclaro CEO who oversaw two major acquisitions and the company’s re-branding from its previous guise of Bookham, has retired with immediate effect. 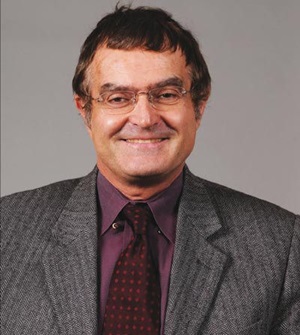 The Nasdaq-listed manufacturer of photonic chips and components has appointed existing board member Greg Dougherty, who joined Oclaro via the firm’s 2009 deal to buy Avanex, as its new CEO.

The switch, which comes more than a year before the retirement date identified in Couder’s employment contract with Oclaro, follows a worse-than-expected performance in the company’s latest financial quarter. After posting a net loss of $41.5 million, Oclaro’s executives told investors that they would be selling off parts of the business in order to repay some debts.

67-year-old Couder took over at what was then known as Bookham back in July 2007, at which point the company was in similarly difficult circumstances. After completing the drawn-out acquisition of Avanex in 2009, Bookham was subsequently renamed “Oclaro”, and another major acquisition – this time of Opnext – followed last year.

An Oclaro filing with the US Securities & Exchange Commission (SEC) from August 1, 2012, highlighted a new deal for Couder at the time, stating: “Following the closing of our acquisition of Opnext, we and our chairman and CEO, Alain Couder, agreed upon a plan by which Mr. Couder will continue as our chairman and CEO until June 30, 2014, when he will retire from the position of CEO.”

Dougherty steps up
The new arrangement also sees Marissa Peterson take over as the chairman of Oclaro’s board of directors. In a statement, she said: “On behalf of the entire board, we thank Alain Couder for his contributions to Oclaro. Since joining the company in 2007, Alain has played an important role in transforming the company from a small optical component company called Bookham into an industry leader.”

Pointing out the current predicament, Peterson added: “As we look ahead, Oclaro's new CEO Greg Dougherty brings significant operational experience in the optical industry. We look forward to working closely with Greg as we navigate through the current challenging financial situation.” 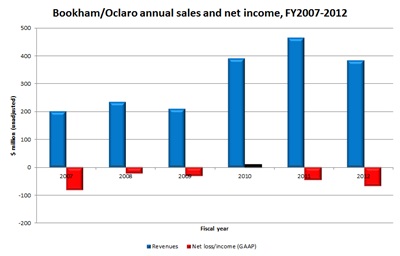 Dougherty has an extensive background in optics and photonics. The University of Rochester graduate was director of product management and marketing at Lucent Technologies Microelectronics for eight years before joining diode laser specialist SDL as chief operating officer in 1997 and subsequently filling the same role following the company’s merger with JDSU in 2001 – at which point the optical telecommunications bubble was about to burst.

After that, Dougherty became CEO of the laser spectroscopy specialist Picarro for a year, before joining Avanex in 2005.

The new Oclaro CEO hinted at impending restructuring efforts, stating: “Oclaro has amassed an extensive technology and product portfolio, and I am honored to join its talented team. My focus will be to harness those powerful assets to their fullest potential, by accelerating efforts to simplify the company [Ed. - emphasis added] and strengthen our execution; and by focusing on developing and implementing a profitable operating model.”

Dougherty added: “My goal is to solidify our position as a leader in the optical industry and to be the preferred supplier to our customers around the world.” 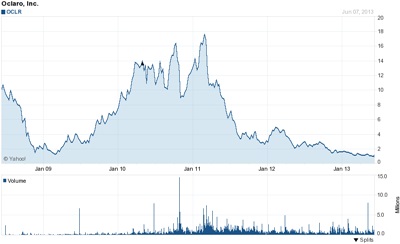 Best and brightest
Couder leaves nearly six years after announcing his intention to transform the struggling company into one showing profitable growth and an operating margin of 10%.

More recent financial years, partly due to the effects of the devastating floods that hit Thailand – and Oclaro’s manufacturing partner Fabrinet – in late 2011 do not show that level of performance. But Couder’s impact on Oclaro has certainly been transformational.

In the company’s statement on his departure, the retiring Frenchman said: “In my career I have had the privilege to work with some of the technology industry's best and brightest people.”

"Oclaro has been one of the highlights. With its amazing talent, technology and products, Oclaro can have a substantial impact on the world. As I move on to retirement, I am confident that Oclaro is in good hands under the continued leadership of Greg Dougherty and the exceptional team we have in place."