But German laser firm is on course to begin making its own high-power laser diodes by the end of this year. 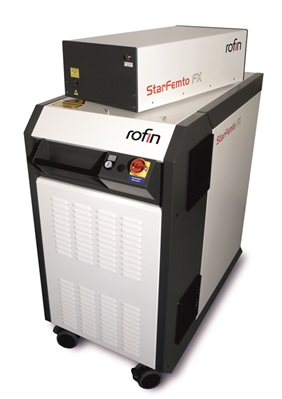 The top-tier industrial laser company Rofin-Sinar has reported a slight year-on-year increase in quarterly sales, despite revenues being dragged down by delayed shipments, plus ongoing logistical difficulties with its new diode laser packages for high-power fiber lasers.

For the three months that ended March 31, strong demand from machine tool customers was counterbalanced by continued weakness in the microelectronics and semiconductor sectors, as sales nudged up 1% compared with the same period in 2012, to reach $131.1 million.

Updating an investor conference call, Rofin CEO Günther Braun explained that although the year had got off to a “reasonably good start”, towards the end of March around $5 million in anticipated revenues were delayed because of late changes made by customers to their laser application requirements.

But with solid order entry overall, Rofin is sticking with its earlier full-year sales guidance figure of between $550 million and $560 million. Encouragingly, orders from Europe in the latest quarter reached their highest level since late 2011, thanks to growing demand across automotive, electronics, watch-making and medical applications.

Diode bottleneck
On the fiber laser front, where Rofin is seeking to take some market share away from IPG Photonics, Braun reported that a bottleneck in laser diode production is hampering progress.

Rofin is using a third-party manufacturer of diodes to develop high-power devices that are required for a new 200 W laser package, something which is seen as crucial to reducing the cost of its high-power fiber lasers and making them more competitive with IPG’s offerings.

Unfortunately, the MBE reactor making those diodes required unscheduled maintenance during the latest quarter and Rofin did not have an excess of devices. With wafer production scheduled to re-start in early June and usable packages only becoming available six weeks after that, Braun described the situation as “not comfortable”.

Meanwhile, Rofin’s plans for an internal supply of the high-power diodes appear to be progressing as expected, with initial test wafers now produced. “Finally, we are on the way,” said Braun, indicating that this internal source should be ready to ramp towards the end of 2013.

6kW fiber prototype
The CEO added that the company had now developed a 6 kW fiber laser prototype based on the 200 W pump modules, and although Rofin’s fiber laser sales fell to $17 million in the latest quarter it does have a $30 million order backlog of which nearly half represents high-power sources.

Including revenue recognition for the delayed laser shipments, Rofin’s management is expecting to post sales of between $132 million and $137 million for the current June quarter, along with earnings per share of $0.26-$0.28 – though the latter figure was well short of a $0.33 consensus expectation from the markets. 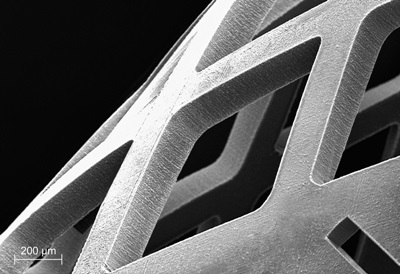 Though that conservatism may have disappointed some analysts, and Rofin’s stock price took an initial dip following the results announcement, since then the stock has recovered well.

• Rofin will be one of the highest-profile exhibitors at next week’s LASER: World of Photonics trade show taking place in Munich, Germany, and among the new products to feature on the firm’s giant booth will be its FL020 2 kW fiber laser, as well as the StarFemto FX ultrafast laser, which produces ultrashort pulses adjustable between 300 femtoseconds and 10 picoseconds in duration.