R&D only 10% of cost of productizing new laser; meaning market expertise is critical.

The joy of lasers: Fraunhofer Centre for Applied Photonics opened in Glasgow mid-April 2013.

The strong business potential afforded by Glasgow’s Fraunhofer Centre for Applied Photonics (CAP) to innovators of novel photonics technologies – including new types of laser – has been underscored by a further announcement of co-development projects involving Coherent Scotland, the 120-strong local division of one of the world’s leading laser providers.

The Fraunhofer CAP, which formally opened in mid-April 2013 (although preparations and partnership developments had been underway during the preceding year or so), is intended to provide laser R&D and associated technologies, including optical sensors for a variety of sectors such as security, healthcare, energy, and transportation.

But as Chris Dorman, general manager of Coherent Scotland, explained to the 100 or so industrialists and academics at the opening ceremony at Glasgow’s Strathclyde University, research and development are only part of the story in achieving real business success from photonic innovation.

His presentation was billed as Commercialising Laser Technology, but, on the fly, he invoked the spontaneous spirit of Silicon Valley, and gave it a transatlantic spin: “My talk is called the productization of lasers, which comes from the heritage of laser business on the other side of the Atlantic. We at Coherent Scotland have adopted a very Silicon Valley approach of turning core technologies into products that sell in volume.

“Essentially, productization is a combination of understanding your market, understanding the technology, and then productizing the right technology to make a laser that’s successful in that market. I should emphasize to those laser physicists that are operating on the bench with a bunch of optical masks at the moment that productization is probably 90% of the work to make a laser a commercial success story.

”The 10% of the work that goes into the research in the first place is absolutely fabulous, but the real hard work, the engineering, is the 90% that goes after that. The bulk of the investment goes into productization so it’s very important that you understand the market before you actually make that investment. That is where the importance of the Fraunhofer CAP comes in – in terms of bringing people like us in the manufacture of lasers into contact with our customers to provide solutions for the next generations of mobile phones, screens and solar cells.” 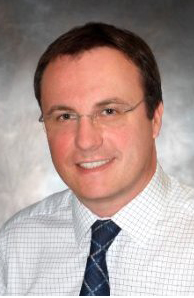 Coherent Scotland has announced two projects already underway with Fraunhofer-CAP: a high power picosecond laser project and another on biological imaging, both of which align closely with Coherent’s work program.

Dorman added, “We have a strong enthusiasm for working work with the Fraunhofer: we have had strategic road-mapping discussions with the Fraunhofer CAP, which is already advising us already. I would like to congratulate Tim Holt and Martin Dawson and everybody involved with setting up the Fraunhofer-CAP. Our two projects are just a start and I am sure it’s going to be a fruitful relationship.”

He closed his talk with an anecdote to illustrate how important he considered the Fraunhofer approach to be in terms of innovating laser technology. “A couple of years ago a very large manufacture of mobile phones was looking for a solution to the problem of cutting very hard glass for its next generation of handsets. There was no mechanical solution that would do it without shattering the glass.

"So who did this company go to when they had this glass-cutting problem; they went to the Fraunhfoer community to work on the co-development of a short-pulse laser cutting solution.

Dorman concluded, “So for us here, having a go-to organization such as the Fraunhofer CAP on our doorstep here is very good news for companies working in this field whether here in Scotland or in the wider UK.”