Mark Blodgett to move aside after 24 years at the helm of the LED illumination system and laser module supplier. 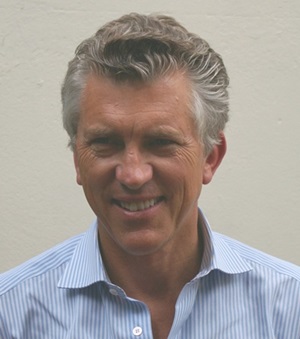 Mark Blodgett, the chairman and CEO of ProPhotonix since 1989, is stepping down from the role, and will be replaced by the company’s current COO and CFO, Tim Losik.

The management switch was announced in a trading update from the Salem, New Hampshire, headquartered supplier of LED and laser modules, whose main production operations are in the UK and Ireland.

It follows a disappointing set of financial results for 2012, in which the company - formerly known as StockerYale - was hit by a slump in demand from the solar industry for its LED systems.

Blodgett led the company to a $5.1 million listing on London's Alternative Investment Market (AIM) in 2011 - though the company's stock value has fallen dramatically since then.

With cash and equivalents on its balance sheet totaling only $1.3 million as of December 31, 2012 – down from $4.1 million a year earlier – the company also needs to look urgently at refinancing options. Its balance sheet also lists around $3 million in a combination of a revolving credit facility and long-term debt.

In its trading update, the company said: “[ProPhotonix] has been considering its financing requirements and options, and has recently received financing proposals from several firms. [It] expects to make a decision shortly, and, subject to the usual terms, expects to close one or more in the very near future.”

“Without such financing in place the operations of [ProPhotonix] would be severely constrained,” it also warned. “We are confident that these financing alternatives will provide sufficient working capital to meet the company’s future needs including the next twelve months.”

Bigger sales force drives bookings boom
Losik will at least be taking over at a time when bookings are on the up. Blodgett said that thanks to its investment in a bigger sales force, ProPhotonix’ orders in the first four months of 2013 had grown 25% year-on-year to $6.2 million.

The company has also signed new distribution deals with big-hitters Oclaro and Osram recently, including options to sell the latter’s green and blue direct emitters.

“Both of these initiatives will enable us to offer more solutions to our growing customer base and I am pleased to report that a modest initial order has been placed,” Blodgett said.

The outgoing CEO added: “Customer activity is increasing and our engineering team is working on a record number of customer-driven new revenue opportunities.”

Of his successor Losik, Blodgett said: “He has focused on improving overall efficiency and growing revenues in the industrial, medical and homeland security markets, and I am happy to report that we have begun to see the fruits of collective labors.” 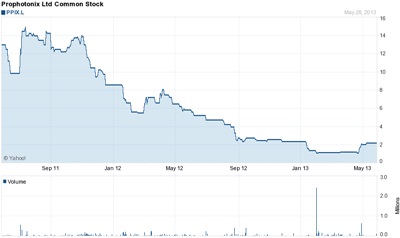 “Tim has developed an excellent understanding of the business and the markets we serve, and I am confident that the company will be in good hands moving forward under his stewardship and I look forward to continuing to support him in these endeavors.”

Losik is also set to continue acting as ProPhotonix’ CFO until a replacement is hired.