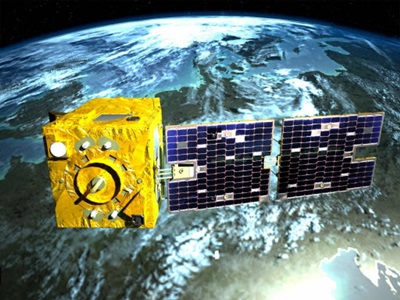 e2v Technologies, the UK-based company that makes a range of semiconductor components including imaging sensors, has reported sales of £196.8 million for the year ending March 31 – a decrease of 10% on the previous year.

But with the financial result meeting e2v’s prior expectations, the firm says that it has been able to reduce its net debt from £30 million to £9.8 million.

e2v also protected its profitability, culling operating costs by nearly £9 million, and also made £5.9 million selling surplus land in Grenoble. Following that, the company is maintaining a full-year dividend at the level of 4.1 pence per share.

"The full-year trading performance reflected the ongoing restructuring and increased flexibility in our cost base which we have utilised to mitigate the challenging trading environment experienced during the year,” said CEO Keith Attwood. “We have significantly reduced net borrowings and we have built the order book to record levels.”

“Looking forward, whilst we expect a slow start, we continue to anticipate modest revenue growth for the coming year, reflecting the strength of our order book. We remain cautious about the broader economic environment, and the potential impact on orders received and delivered in the year.”

Machine vision traction
The sales dip reflected a slowdown of the defence market in both the US and UK as governments reined in their spending, lower demand from commercial and industrial customers, while slow progress on space programs also had an impact.

High-performance imaging represents only one of the three strands that make up the company’s overall business, but it is one that does appear to have some momentum. During the past year, says e2v, it has booked multi-year orders with the China Academy of Space Technology (CAST) and the European Space Agency (ESA), as well as an unspecified US project.

A new CMOS-based line scan camera for machine vision applications is also said to be gaining traction in the market, while last October the firm was awarded a further £3.8 million from the UK’s Regional Growth Fund to support space imaging.

e2v’s imaging business posted only a marginal sales decrease in the financial year, with revenues down 3% at £64.5 million contributing a pre-tax profit of £7.3 million – down from £10.3 million.

“Demand for machine vision cameras into process control applications in Asia was stronger in the second half through the take up of our new CMOS-based line scan camera,” noted the company in its review of the year.

It added: “Scientific imaging was lower than the prior year reflecting softer end user demand. In space our recovery program has delivered growth in the second half. The remaining businesses, including thermal imaging and dental products, have delivered good underlying growth.”

Imaging order book fills up
For the current year, Attwood anticipates a return to revenue growth on the back of the strong order book, albeit from a slow start.

At the end of March, the imaging division’s order book stood at £63 million – up from £56 million a year earlier. “The growth in the [imaging] order book reflects good order intake in the space sector and underlying growth the other application segments as one-off orders are being replaced by ongoing business,” e2v said.

Its key customers for machine vision applications include Carl Zeiss Meditec, Canon and Optopol in the optical coherence tomography (OCT) and ophthalmology markets, and Orbotech and Basler for electronics.

e2v now expects to see growth in machine vision demand as part of the general trend towards increased factory automation, as well as for the major investment in new flat-panel display manufacturing equipment that will be needed to produce the next generation organic LED (OLED) displays. “Our increased sales resources in Asia provide a platform to support these important high growth markets,” the company said.

In space imaging, e2v stands to benefit from both a desire for independent observation platforms and investment in climate monitoring - a recent example being Vietnam's first optical imaging satellite, launched on May 7. Other recent orders have included an £8.4 million deal in support of ESA's Euclid space science mission.

Aside from those main application areas, e2v is expecting strong growth in Asia thanks to demand for CMOS dental sensors, in support of a switch from film to digital technology.