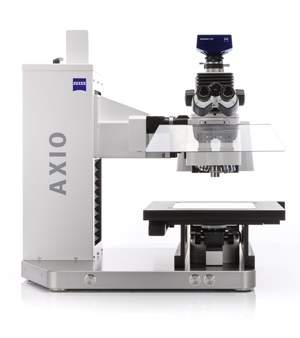 Half-yearly profits declined by more than 50 percent at Carl Zeiss as the Germany-headquartered company posted its latest financial results.

For the six months that ended March 31, Zeiss reported sales of €1.98 billion, down 3% compared with a year ago and largely reflecting the continued weakness of the market for semiconductor manufacturing equipment.

But with the company continuing to invest heavily in technologies such as extreme ultraviolet (EUV) optics in anticipation of the next semiconductor upswing, earnings before interest and taxes (EBIT) fell to €109 million – down from €236 million last year.

"As expected, the first half of fiscal year 2012/13 was more difficult than the equivalent period last year," said CEO Michael Kaschke. "Revenue and earnings are characterized by the partly very different and challenging developments in our markets and by the recessionary trends in the global economy. However, our half-year figures are solid and at the level that we planned."

The company is maintaining a high level of investment as it builds new facilities and spends on research and development, and added 470 new recruits, mostly in Germany and Asia, in the latest accounting period. Zeiss now employs some 24,800 people around the world in total.

“We are neither halting nor postponing important investments in the company's future, but are pursuing them with unchanged consistency," Kaschke added. "Such continuity is key for a high-tech company like Zeiss. This will safeguard our innovative strength in the future."

Those efforts include a €500 million expansion and modernization of its sites in Germany that is scheduled to be completed next year.

Semiconductor struggles Of the various Zeiss business divisions, the firm’s semiconductor manufacturing technology unit posted the sharpest decline in fortunes, with sales down 18 percent year-on-year at €392 million. However, the need to gear up for the future meant that the division’s headcount increased 17% over the same period.

Microscopy sales were also down slightly, in what Zeiss described as a “difficult market environment” for bioscience in both the US and Germany – caused in part by uncertainty over public spending – although headcount in the division also increased, by 6 percent to 2890.

Posting the largest increase in sales was the industrial metrology division, where revenues of €264 million were up 11 percent thanks to robust demand in North America.

Carl Zeiss Meditec, the Zeiss group’s medical technology unit, benefited from a solid increase in demand for microsurgery systems and new intraocular lenses, with sales up nearly 3 percent overall to €443 million and EBIT up 6 percent at €64.1 million.

Though Zeiss remains typically cautious amid what it called “ongoing economic stagnation”, it also said that its revenue goal for the year of €4 billion remained in sight, and that it would continue to invest in becoming a “more modern, global and dynamic” company, as well as one that can react more flexibly to changing market conditions.

Kaschke concluded: “We will continue to consistently invest in expanding the company's international footprint and, above all, in research and development.”