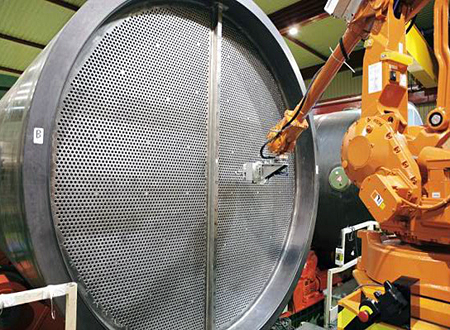 Lasers have long been able to do what traditional welding guns are capable of. Nevertheless, many manufacturers have not chosen to employ the supposedly delicate laser tools technology in the rugged environment of the shopfloor, with its dirt, vibration and other undesirable industrial features.

At this month’s LASER 2013 exhibition (Hall C2, Booth 330), a research and development team will be demonstrating that lasers are robust enough to take over welding duties in tough fabrication environments.

EU Orbital, an international team of industrial and academic developers (including the Fraunhofer Institute for Material and Beam Technology, IWS, Dresden), say their prototype of a new laser welder “can now withstand the worst manufacturing situations”.

At two Spanish engineering companies Integasa, based near Vigo, Galicia, and Ensa, Madrid, which both produce heat exchangers for heavy industry, the system has shown itself “to be precise and reliable under the difficult conditions of routine daily use”, according to Patrick Herwig, of the Fraunhofer IWS.

He adds, “Manufacturers of heat exchangers were skeptical of laser anything until now. TIG-welding guns have traditionally been employed in assembly operations for welding thousands of tubes to the perforated tube sheets. This process, which is based on arc-welding technology, is very time-intensive however.”

The TIG gun must be manually inserted into every hole and removed again after welding. As a result, the fabrication process is tedious, prolonged, and expensive. European manufacturers can hardly hold their ground today against competition from countries with low labor costs. Materials researchers, software specialists, production engineers and numerous users joined forces in the EU Orbital Project to jointly search for a cost-effective alternative. 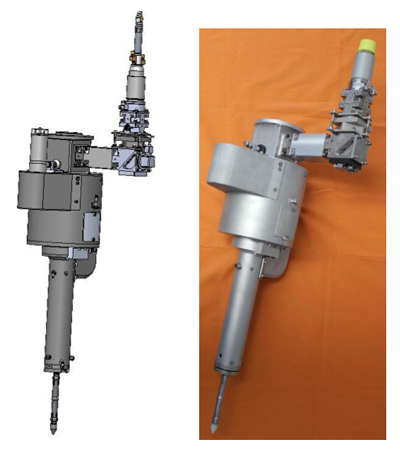 Demanding requirements
Instead of conventional TIG-welding guns, a laser does the job: tube sheets and tubes are welded to one another rapidly, precisely and accurately. In seconds, the tube is circumferentially welded in place and the robotic arm transporting the welding head can move on to the next hole.

The welding head is designed so it anchors itself in the holes and is seated so firmly than not even vibrations of the shop floor can disrupt the welding process. Precise guidance of the optical beam is handled by software-controlled mirrors that continuously direct it to the right location. Engineers and users from Italy, Spain, France, and Germany have been fine-tuning the process for two years.

“The prototype we will be exhibiting now at LASER 2013 facilitates the production of heat exchangers. It can even melt materials together that were previously considered difficult to weld,” added Herwig, who was responsible for designing and testing the welding head during the EU project.

"It is exactly these exotic combinations of materials that are needed by manufacturers of heat exchangers. Traditional welding techniques hit their limits here, whereas the job can be handled with the laser. We are confident that laser welding can be implemented so effectively in production that European companies remain competitive internationally.”

Controlling the Orbital
The control system of the Orbital laser welding head is based on a reconfigurable FPGA-based hardware (Field Programmable Gate Array). Rome, Italy-based research lab Labor developed the software based on National Instruments’ Labview programming software to control the welding head through a user interface.

The user interface allows the end user to change the main welding parameters as laser power, welding speed and rotation angle in order to control the start/stop welding operation.