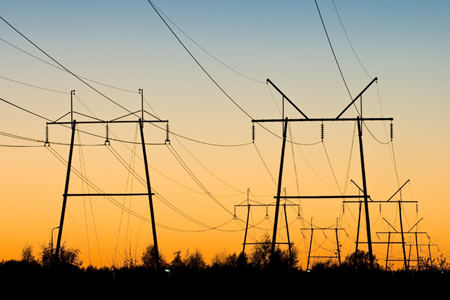 Power up: The Finnish researchers have improved the efficiency of solar cells.

Researchers have been able to improve the efficiency of solar cells by coating the cell surface with extremely small nanoscale structures.

The new technology has been shown to nearly eliminate the reflection losses of solar radiation. Cost-effective solar photovoltaic materials are being developed within the Academy of Finland’s research programme Photonics and Modern Imaging Techniques.

The nanostructured black silicon coating features very low reflectivity, meaning that a larger portion of the Sun’s radiation can be exploited. At Aalto University, near Helsinki, a research team led by Assistant Professor Hele Savin is conducting studies on crystalline silicon solar cells, which are the main type of solar cells that are currently on the market.

Savin explains, “The advantages of silicon include the long-term stability, sufficiency, low cost and non-toxicity of the element, as well as the advanced production technology. Another benefit of these solar cells is their relatively high efficiency and technological compatibility with the manufacturing technologies currently used by the semiconductor industry.” The technology, however, still calls for development and improvement.

According to Savin, the researchers are motivated in their work by the fact that the manufacturing technology players are major corporations in the industry, which allows for immediate large-scale experimenting of new ideas and improvement methods in collaboration with the partner corporations. 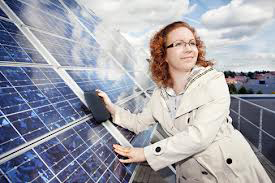 The efficient operation of solar cells may be compromised by impurities in silicon. In solar cells, it is not possible to use as pure a form of silicon as in, for example, microelectronics, and thus they exhibit a higher degree of impurities.

Moreover, the solar cell utilizes the silicon disk in its entirety, whereas transistors, for example, are located on the surface of the silicon disk so impurities cannot be controlled in solar cells by means of the same methods as those used in microelectronics.

One goal of the research led by Savin is to find ways to produce equally efficient solar cells using the less expensive but impure silicon rather than the more expensive purified silica. “We’ve already succeeded rather well in this respect. Certain promising techniques are currently being tested in production by a leading European solar cell manufacturer.”

Another new research topic involves the so-called light-induced degradation of silicon solar cells. Light degradation is a harmful effect that reduces the solar cell efficiency by several percentage units during the first 24 hours of use, after which the situation becomes stabilised.

The aim is to gain an understanding about the phenomenon itself and its causes. Understanding the phenomenon will contribute to the development of methods to minimise the harmful degradation and, possibly, to eliminate it completely. Hele Savin has been granted major funding for this research by the European Research Council.