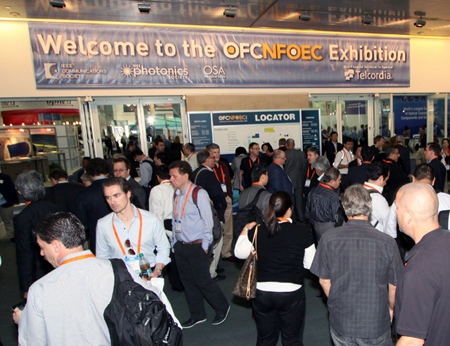 OFC/NFOEC 2013, the annual optical fiber communications and technologies expo and conference held in Anaheim, Ca, US, earlier this month showcased some notable developments in the rapidly growing field of silicon photonics.

Imec's new platform will operate via a cost-sharing MPW service with ePIXfab, the European Silicon Photonics Platform co-funded by the EU. The platform is intended to enable cost-effective R&D of silicon photonic ICs for high-performance optical transceivers (25Gbit/s and above) and optical sensing and life science applications. 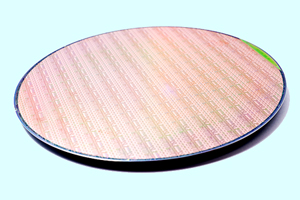 Since 2007, Imec and its associated laboratory at Ghent University have been offering a platform for passive silicon photonic components via ePIXfab, for R&D under shared cost conditions.

"Companies can benefit from our silicon photonics capability through established standard cells, or explore the functionality of their own designs in MPW. This Si-photonics MPW offer provides a cost-efficient solution, with state-of-the-art performance, design flexibility and superior CD and thickness control.”

Coincident with the Imec announcement, Kotura, Inc. announced an agreement with a large semiconductor foundry and new working relationships with strategic partners: semiconductor solutions provider Mindspeed Technologies and laser supplier BinOptics. Kotura says the partnerships will provide an effective supply chain to commercialize its 100G Optical Engine, which is a key component in its newly-launched 100 Gb/s 4x25 WDM, QSFP+ module.

The company said the addition of a large Japanese foundry will complement Kotura's existing in-house fab. Kotura will leverage the capabilities of the outside foundry partner for high-volume production of the Optical Engine. Kotura claims to be the only silicon photonics provider to offer both Wavelength Division Multiplexing (WDM) and a parallel version of its Optical Engine in a 3.5W QSFP package.

Jean-Louis Malinge, Kotura president and CEO, commented, "Our silicon photonics solutions resolve price, performance and reliability issues not currently being addressed. There is tremendous opportunity for silicon photonics to heed the call, starting with the data center market as our primary target. This foundry partnership offers Kotura the fastest and most reliable path to mass production and the ability to scale to meet this demand."