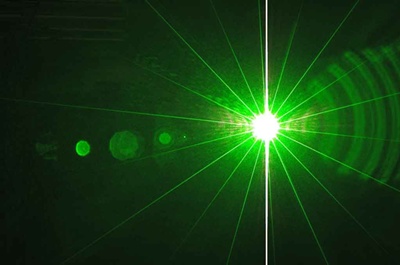 Alfalight, the venture-backed Madison, Wisconsin, maker of laser diodes, has sold its semiconductor manufacturing assets and commercial product lines to Compound Photonics, which will use the technology in its laser projection “light engines” for mobile devices.

Under the terms of the deal, Alfalight will now focus on defense and aerospace applications, to develop and make ruggedized component and system-level solutions for its customers operating in those sectors.

Compound Photonics, based out of a former Motorola semiconductor facility in Phoenix, Arizona, will continue to make products for Alfalight’s commercial customers, while the two companies say that they will also cooperate strategically at the component level.

“This transaction enables Alfalight to increase [its] investment in the development and production of laser-based solutions for defense, aerospace, and related high-performance applications,” said Mohan Warrior, president and CEO of Alfalight. “With a fabless model, [we] can better expand our engineering capabilities and align our system manufacturing infrastructure for the challenging requirements of this market.”

“We look forward to continuing to supply Alfalight’s commercial customers with products they have come to rely upon, as well as delivering new, high-performance photonics components for their next-generation systems.”

As part of the transaction, the two companies have signed an agreement to ensure that Alfalight retains a supply of high-performance laser components, for applications including laser-based visible and infrared illumination, laser-initiated ordnance, targeting, tracking, and locating, and so-called “eye-safe non-lethal ocular disruptors” – that is, lasers used to dazzle rather than destroy the enemy.

Vertical integration
Compound Photonics, which believes that the deal will help to simplify the emerging “pico-projector” supply chain for mobile device manufacturers, is developing high-definition and ultra HD 4K projection light engines for smartphones, tablets and other consumer electronics hardware.

The firm’s integrated systems include the display, laser illumination sources, mirrors, optics, drive electronics, software and housing, and the Alfalight deal increases vertical integration and gives the firm greater control over the supply of critical laser components. “This keeps costs low and simplifies the supply chain and integration process so manufacturing can scale to the huge volumes required for rapidly growing global mobile device markets,” the company says.

The addition of Alfalight’s high-efficiency laser diode technology, which has been developed over more than a decade, brings together the scientific and engineering teams and manufacturing capabilities from both companies. Alfalight was one of the firms funded through DARPA’s “SHEDS” project that increased laser diode efficiencies to dramatic effect ten years ago.

The aluminum-free active region designs, which gave the company its name, also offer very high reliability and are protected by a strong patent portfolio.

One of the defense-related products it has been working on is a high-power but non-lethal green laser that can be used to dazzle enemies - technology that could be adapted for display projection applications.