US subsidiary of Israeli defense giant teams up with Laser Light Engines. 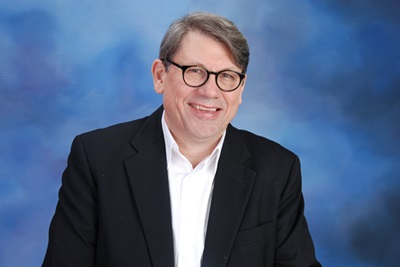 Elbit Systems of America (ESA), the Texas-headquartered subsidiary of the Israeli defense group, is to manufacture a green laser to be used in cinema display applications.

The company has just signed a deal with the Salem, New Hampshire, start-up Laser Light Engines (LLE), which has developed a high-power laser illumination system designed to improve the image quality of 3D cinema.

ESA, whose electro-optics operations are in Merrimack, New Hampshire, will make the “LLE DSG-265”, a high-powered, solid-state and de-speckled green laser module (eliminating speckle is required to stop the appearance of interference patterns when highly coherent light sources are used in projection displays) that forms one part of a red-green-blue digital laser projector.

The move follows LLE’s latest round of venture fundraising, which landed the company $9 million in September 2012, and which the company said would be used in part to strengthen its manufacturing operations.

LLE says that its "universal" architecture means that its projectors can either plug and play with new systems or can be used to upgrade tens of thousands of existing installations.

“This partnership with a world-class laser manufacturer is a major step forward in the commercialization of laser-based digital projection,” said Bill Beck, founder and executive VP of business development at LLE.

He added: “LLE’s laser engines are rapidly gaining acceptance in the projection industry because of the outstanding image quality and lower cost of ownership our technology enables. Now, with ESA's high-volume, precision manufacturing capabilities supporting us, we are well positioned to meet the growing demand for laser illumination systems for 2D and 3D digital cinema, digital signage, and other laser illumination applications worldwide.”

Reduced electricity costs
Most digital projectors still tend to rely on light from a high-pressure xenon discharge lamp, but the fiber-delivered laser system from LLE is said to be capable of producing dramatically brighter and sharper images, with the added benefit of lower energy consumption and a much lower total cost of ownership.

LLE told optics.org back in 2010 that the RGB laser systems could cut electricity use in half compared with the xenon lamps, potentially yielding movie theater operators a $10,000 saving per screen every year.

Beck said at the time: "Our business model is very much in line with the trend to replace low-efficiency lamps with solid-state solutions, offsetting higher up-front price with lower total cost of ownership."

ESA’s core business is in defense and aviation technologies, with particular expertise in sensors and electro-optics, so the LLE contract will represent something of a departure from the normal target markets.

For example, the company provides lightweight, man-portable laser target designators and markers to the US Marine Corps under a five-year, $9.6 million contract agreed in March 2011, as well as thermal imagers and night-vision goggles for soldiers.

“We are excited to be partnering with LLE to develop the manufacturing process for this efficient, solid-state laser,” stated Raanan Horowitz, the CEO and president of ESA. “Being on the cutting-edge of this new laser technology offers a robust opportunity for both companies. With over 32 years of experience in manufacturing innovative lasers for defense and commercial customers, we stand ready to support LLE’s manufacturing, technical, and logistic needs.”