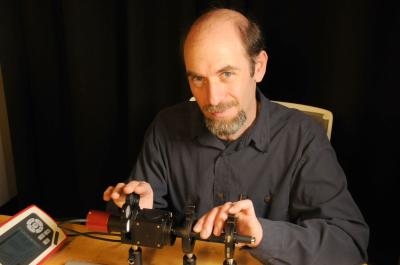 Low-cost apparatus designed by National Institute of Standards and Technology (NIST) researchers to quickly and accurately measure the properties of handheld laser devices has shown that nearly 90 percent of green pointers and 44 percent of red pointers tested were out of compliance with federal safety regulations.

Reporting the results of its study on 122 pointers at the International Laser Safety Conference taking place in Orlando, Florida, this week, NIST says that the apparatus has been deliberately designed to be replicated easily by other institutions.

While anecdotal reports of green laser hazards have previously appeared in scientific journals and the media, NIST says its tests are the first reported precision measurements of a large number of handheld laser devices.

The tests also showed, unexpectedly, that many red laser pointers are also out of compliance with federal rules as defined by the Code of Federal Regulations (CFR). "Our results raise numerous safety questions regarding laser pointers and their use," the team's paper states.

Ten-times legal limit
NIST conducted its tests on a random selection of commercial lasers that had been labeled as either Class IIIa or 3R and sold as suitable for demonstration use in classrooms and other public spaces.

Under the CFR rules, those lasers are limited to a maximum output power of 5 mW in the visible region, and less than 2 mW in the infrared. “About half of the devices tested emitted power levels at least twice the CFR limit at one or more wavelengths,” said NIST. “The highest measured power output was 66.5 mW, more than ten times the legal limit.” The power measurements are said to be accurate to within 5%.

According to the American National Standards Institute (ANSI), any laser devices that exceed the 3R limits may be hazardous and should be subject to more rigorous controls such as training, to prevent injury – and should be more appropriately labeled as either Class 3B or Class 4.

ANSI rules define a Class 3R laser as “potentially hazardous”, though only if the eye is focused on the beam and stable. Class 4 lasers are defined as being a hazard to the eye from the direct beam, while a Class 3B source “may be hazardous under direct and specular reflection viewing conditions”.

$2000 test setup
To carry out the tests, the technical team from NIST's Laser Radiometry Project built a laser pointer test bed in collaboration with the NIST Office of Safety, Health and Environment. The team has provided its data on laser pointer power measurements to the US Food and Drug Administration (FDA), the authority that regulates laser product safety.

In addition to the excess power, NIST found that more than three-quarters of the green lasers also flouted ANSI rules saying that infrared light should be contained within the laser housing, and were shown to emit infrared light beyond the CFR limit.

The relatively simple test system designed by Hadler consists of a laser power meter and two optical filters to quantify emissions in the visible and infrared range. The power meter and filters were calibrated at NIST. Lens holders ensure repeatable laser alignment, and an adjustable aperture contains the laser light around the output end of the laser.

"The measurement system is designed so that anyone can build it using off-the-shelf parts for about $2,000," Hadler says. "By relying on manufacturers' traceability to a national measurement institute such as NIST, someone could use this design to accurately measure power from a laser pointer."