Brainwave: Optogenetics development team has been awarded the 2013 Brain Prize.

The Brain Prize – Denmark's €1 million annual brain research prize – has this year been awarded to six leading scientists for their development of optogenetics, a novel technique that is advancing understanding of the brain and its disorders.

The prize winners were announced as Austrian Gero Miesenböck, Germans Ernst Bamberg, Peter Hegemann, and Georg Nagel, and Americans Ed Boyden and Karl Deisseroth, on Monday 11 March in a ceremony at the Carlsberg Glyptotek art museum in Copenhagen, Denmark.

The Brain Prize-awarding body the Grete Lundbeck European Brain Research Prize Foundation said of the winners, "Together these scientists laid the foundations for the revolutionary technique optogenetics, which will provide us with entirely new, fundamental knowledge of the complicated functions of the brain. Optogenetics makes it easier to investigate diseases of the brain such as Parkinson's disease, Alzheimer's disease, epilepsy, pain disorders, schizophrenia, ADHD and addiction."

British professor Colin Blakemore, chairman of the Foundation's selection committee, commented at the prize-giving, “Optogenetic control of nerve cells is arguably the most important technical advance in neuroscience in the past 40 years. It offers a revolution in our understanding of the way in which circuits of neurons carry out complex functions, such as learning and controlling movement. 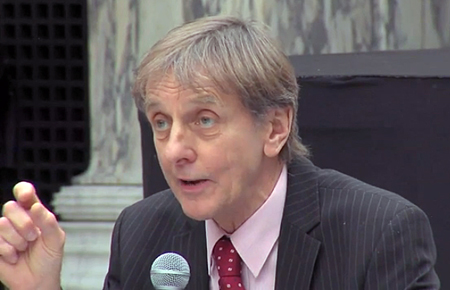 ”Optogenetics could provide an entirely new approach to the restoration of function in blindness or brain degeneration, and to the treatment of a variety of other neurological and psychiatric disorders.”

Optogenetics involves the use of light to control neurons, which it has been found, can be genetically modified and made light sensitive. When these neurons are stimulated by specific wavelengths of light, they can be turned either on or off.

The four European scientists, Bamberg, Hegemann, Miesenböck and Nagel, made the fundamental observations and discoveries and developed light sensitive molecules that can be introduced into specific types of neuron. The two Americans collaborated with the Europeans to develop the technique further and put it to work in living mammals.

Neuroscience provides an important understanding of both the function of the normal brain and the causes of brain disorders. It is estimated that more is spent on disorders of the brain and the nervous system than on cardiovascular disease and cancer combined.

For example, due to the growing size of the elderly population, a dramatic increase in the number of people with Alzheimer's is expected. Currently, there are 7 million people living with Alzheimer's and other forms of dementia in Europe alone but this figure is expected to double every 20 years and the cost of dealing with dementia, which currently amounts to €130 billion per year in Europe, will increase correspondingly.

The six winning scientists will all visit Denmark to receive their shared prize at an awards ceremony on 2 May.